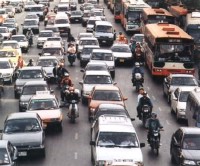 On last week’s Locally Grown show, Tracy and I discussed transportation, particularly east-west vehicular connections and its relationship to an upcoming Rice County corridor study. I had mentioned a list of community priorities, summarized below, and several people have asked me about the source. It’s basically my summary from Chapter 8 of the Comprehensive Plan.

To learn more about these priorities, and other important community topics, check out the Comprehensive Plan. It’s available on line.

Here are the priorities that I listed on the show: