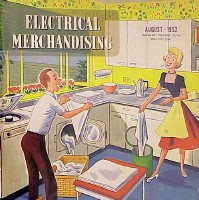 In today’s (Wednesday, November 15th) Strib, the editorials include one called “Appliance efficiency gets overdue boost”. The words certainly have a bit of editorializing to them, “after six years of dawdling and even backsliding” but indeed share good news, “the U. S. Department of Energy…agreed to follow the law and raise efficiency standards for more than 20 household appliances”.

The piece goes on to say that the new standards will “lower electricity consumption by the equivalent of taking 12 million households of fthe power grid. That means air pollution reductions equivalent to taking 18 million cars off the road – much of it by downsizing the need for new power plants”.

As Lee Lansing has so often advised me, “Turn the page”. The efficiency standards have been raised. Electricity consumption and air pollution will be reduced. Indeed, it’s good news for Mother Earth.

And how does this effect you? Your gas and electricity bills will go down using the new appliances. They’ve been ready to roll off the assembling plant lines and onto the showroom floors for years. Hey, you might even be able to get a grant from your utility company to buy one.