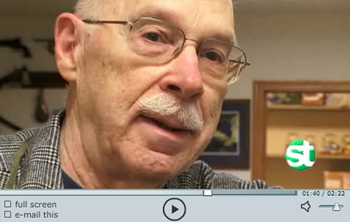 In addition to the articles listed on his web page, NPR’s Weekend Edition did a story on him back in 2003 titled Where Snow Globes Go When They’re Broken by Liane Hansen.