At last week’s international competition at the Violin Society of America‘s annual convention, another Northfielder achieved Hors Concours status. (The dictionary definition of hors concours: "of an artist, exhibitor, etc., excluded from competing; without equal; unrivalled; literally: out of the competition.")

The Society grants Hors Concours status "to a maker who has been awarded Gold Medals in three different VSA Competitions." 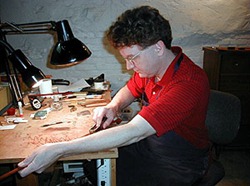 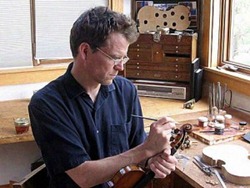 The StarTribune profiled Matt Wehling back in 2006 in an article titled Music, wrapped in a bow. MPR profiled him in 2003 in a piece titled The art of bow making.

Few metropolitan areas have even one person at this level of craftsmanship. Northfield now has two.