Skip to content
Home > Gov't & Policy > We The People: What One of Them Wants Northfield to Be
Published July 27, 2007 by Tracy Davis

We The People: What One of Them Wants Northfield to Be

In the comments to my previous post about Northfield/Apple Valley, Anne B. said, “I’ve been asking for two years and I don’t have a clue what you and Ross and others want the city to be.” Well, I’d certainly never try to speak for Ross and others, but I’ll take another, more comprehensive crack at the subject to see on which points we might find agreement and disagreement.

What I “want Northfield to be”, or rather, my vision for the community, is fairly straightforward, and I’ll try to limit my details to those concerned with planning and land use. Things like “quality education”, “good health care”, “controlling heroin use”, and “promoting the arts” are beyond the purview of this discussion. At least for now.

The short answer is, I’d like to see Northfield be a community that demonstrates cradle-to-grave livability based on the collective wisdom of the last five millennia or so of urbanized societies; a cohesive, functioning community of people with a multiplicity of connections to each other (education, recreation, work, civic, church, social) that go beyond the superficial. 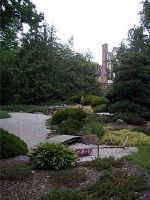 That means a mix of ages, a mix of occupations, a mix of land and building uses….. built to a scale designed for the convenience of human beings (not for 2000 pounds of motorized steel and aluminum). This discourages isolationism and encourages interaction between residents through all seasons of life, which fosters a genuine sense of community. It’s also psychologically and socially healthy, and if done well, sustainable. No more bowling alone.

People have known how to do this for a long time, and relevant examples abound. We’ve lost a lot of that knowledge in the 20th century, particularly in the postwar era, but the tools and examples are still there, and the knowledge is being recovered. (If this is too subtle, or too vague, I’d be happy to provide an extensive reading list and point to relevant resources to elucidate the things that are implicit in these first few paragraphs. For now, I’d like to keep moving along toward a longer, more detailed answer.)

The first thing I want is for Northfield to protect what we’ve got – both the natural and the built environment. This means: Stopping harmful practices and developing new, better ones, whether we’re talking about surface water management, land use, or policies and processes for repurposing old buildings.

The second thing I want is to increase public safety, and make it possible for residents to have meaningful and realistic choices about how much they drive, why, and where. This means: Setting up our road/path/sidewalk connections so that non-motorized transportation can be practical and utilitarian, not just recreational.

Since it builds a stronger community if people can work here, as well as live and play here, I’d also like to see policies implemented that support and encourage the growth and development of businesses in town which are financially healthy and pay a living wage with benefits to full-time year-round employees. (This is certainly possible, and isn’t pie-in-the-sky. I’m talking businesses of 10-50 employees. There are several possible approaches to accomplishing this goal. This would be a good topic for future discussion – whether economic hunting or economic gardening is a better model for Northfield.)

If we grew a decent employment base in Northfield:

I’d like to see Northfield use responsible stewardship in managing the land resources available for inclusion in municipal boundaries, and prioritize its use based on a variety of factors such as need, opportunity, and short- and long-term costs and benefits. This means: Ensuring that we maximize our investment in existing infrastructure FIRST, before spending millions more to extend infrastructure and services to outlying areas. It means giving higher priority of land use to business than to residential development wherever it’s warranted and appropriate. But “business” does not mean large-scale, low-wage retail/service businesses such as big box stores, oil change places, or whatever. I mean real companies with real employees.

The untrammeled residential growth we’ve had for the past decade or more means that available land has been used primarily to build housing units whose overall cost to the community exceeds the tax revenues they bring in. More people increase the demand for services and amenities which are not adequately funded by their tax dollars. Poor design and lack of connectivity in the streets in most of these new subdivisions means more traffic that isn’t handled appropriately. Close to 40% of the people in the houses built in the past decade commute to jobs outside of Northfield; this obviously is a factor in the woeful retail purchasing statistics cited in earlier comments. So we have an increasing number of people who don’t work here, don’t spend much money here, and whose schedules dictate that they not have much time to invest here either. The result? We don’t have citizens, we have consumers. That is what a lot of the “old Northfield vs. new Northfield” arguments are about.

I want lots of other things, but if we can make some headway on this list, Northfield could be a better place for everybody. Really, who objects to a more balanced tax base, more good employment opportunities, neighborhoods rather than subdivisions, more social connectedness between people, and better ways for getting around town for work, education, or recreation? It will require a collective effort from many different organizations, but I believe there’s enough common ground on many of these to make it possible.