Who You Callin’ a Triumvirate 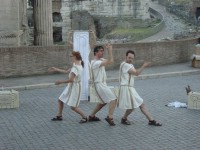