Skip to content
Home > Life > Religion > Jesus is evidently coming to Northfield at 6 pm on Saturday. What are your plans?
Published May 19, 2011 by Griff Wigley

Jesus is evidently coming to Northfield at 6 pm on Saturday. What are your plans? 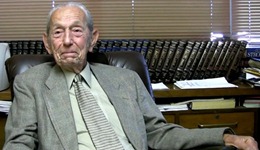 Harold Camping is in the news constantly this week because, according to his Wikipedia entry:

His current end times prediction is that the Rapture will be on May 21, 2011 and that God will completely destroy the Earth and the universe five months later on October 21.

More specifically, things will get interesting here in Northfield at 6 PM CDT on Saturday, according his explanation in this recent interview in NY Magazine:

In other words, when we get to May 21 on the calendar in any city or country in the world, and the clock says about — this is based on other verses in the Bible — when the clock says about 6 p.m., there’s going to be this tremendous earthquake that’s going to make the last earthquake in Japan seem like nothing in comparison. And the whole world will be alerted that Judgment Day has begun. And then it will follow the sun around for 24 hours. As each area of the world gets to that point of 6 p.m. on May 21, then it will happen there, and until it happens, the rest of the world will be standing far off and witnessing the horrible thing that is happening.

I wasn’t aware of this, as it’s not listed as an event in the May issue of the Northfield Entertainment Guide. Epic FAIL, I’d say.

Most Christians I know aren’t too worried (eg, Josh Nelson, pastor of Spirit of Joy Lutheran Church in Buffalo).

Some heathens are planning some post rapture looting, which has prompted one guy on Facebook to make a t-shirt that says:

I survived the Rapture and all I got was this Lamborghini, this 52-room mansion, this truckload of gold bars, this footlocker full of weed, and this 76" flatscreen TV.

I’m not planning to participate in any looting to speak of but if anyone is looking to unload a Mercedes ahead of time, I’m with Zonker. I’ve not driven in lava before but it can’t be that much worse than the heavy wet snow from the Halloween Blizzard of 1991. I made it to work in downtown Mpls. that morning.

I’m hoping there will be some Northfield area Rapture Parties like the one in Tacoma, WA: Countdown to Backpedaling: The End is Nah! 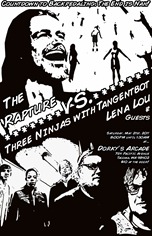 Where do you plan to be on Saturday at 6 PM?