Ever since his daughter Athena’s comic strip about his anatomical nickname as a kid, Ross Currier has been using his physical attributes to advertise various causes.

This morning it was his Duluth Does Dylan t-shirt which he was using to promote tonight’s Dylan Fest at the Contented Cow, celebrating Bob’s 70th birthday today: 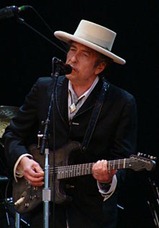 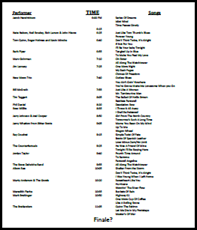