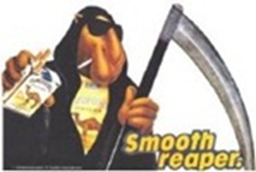 The City of Northfield has had the exclusive franchise on selling tobacco downtown for quite a while. Yes, you can buy cigars and cigarettes at the Muni.

In a near legally mandated vote, councilors approved 5-2 to allow a business owner with a history of criminal disputes and stores that sold drug paraphernalia to open a new shop in Northfield.

Councilors Rhonda Pownell and Kris Vohs voted against the measure despite city attorney Chris Hood’s claim that Northfield "[does not] have sufficient basis to deny" a license and risked legal action if it denied the license.

With tough budgeting on the horizon for the City, I’m wondering what Muni manager Stephen DeLong has in mind to ratchet up tobacco revenue.

Let’s help him out by brainstorming some suggestions.