Skip to content
Home > Businesses > Gary Sjoquist, a man on a bicycle mission, with a company where you’d like to work
Published July 13, 2011 by Griff Wigley

Gary Sjoquist, a man on a bicycle mission, with a company where you’d like to work

He’s not a Northfielder, but if you care about bicycling for yourself, your kids or your town, you should know what Gary Sjoquist is up to.

I met Gary over beers in Crosby, MN a month ago (left photo, blog post here). He’s the Director of Advocacy for Bloomington, MN-based QBP (Quality Bicycle Products), one of the largest bicycle parts distributors in the world.  He invited me to take a tour of QBP’s headquarters and yesterday I took him up on his offer. (Photo album below.) 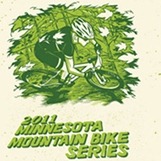 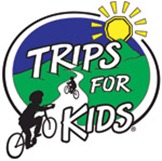 Among his Minnesota-related activities, Gary co-founded Minnesota Off-Road Cyclists (MORC) "a non-profit volunteer organization dedicated to safeguarding the future of mountain biking in Minnesota… " One of MORC’s projects, which Gary has worked on for over ten years, is the Cuyuna Lakes Mountain Bike Trail Network that opened a month ago in the Cuyuna Country State Recreation Area. The Cuyuna Lakes Mountain Bike Festival is what got me hooked on mountain biking and spending more money than I’d ever imagined at Milltown Cycles.

Gary’s the director of the Minnesota Mountain Bike Series, a non-profit organization that, besides hosting the races, uses the entry fees to fund:

Nationally, Gary’s the Director of Government Relations for the Bikes Belong Coalition:

Bikes Belong Coalition was formed in 1999 as the national coalition of bicycle retailers and suppliers working to put more people on bikes more often. U.S. bicycle companies recognized that they could accomplish more for bicycling by working together than by working independently. From helping create safe places to ride to promoting bicycling, we carefully select projects and partnerships that have the capacity to make a difference… Additionally, we operate the Bikes Belong Foundation to focus on children’s programs and bicycle safety.

As you’ll see in my photo album, QBP’s headquarters and distribution center is not only huge, but spectacular. And it’s got a reputation as a great place to work. Their Career and benefits page has the details on why.

See my album of 30+ photos, the large slideshow (recommended), or SLOW CLICK this small slideshow: