Instructional technology in Northfield’s K-12 classrooms: Do we know its benefits enough to support the ten-year capital projects levy?

The New York Times is running a series of articles on the use of technology in K-12 education called Grading the Digital School. Thus far: 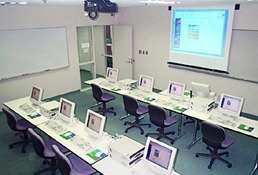 It’s an issue that’s relevant to Northfield because the Northfield School Board is holding a special election on November 8 to renew both the operating levy and the capital projects levy for ten years.

A year ago at the Oct. 11, 2010 School Board meeting, there was a Technology Plan update:

From what little I know thus far, I’m inclined to support the capital projects levy for maintenance of the District’s facilities.

This funding would allow the school district to replace the instructional materials and technology necessary to maintain and support quality learning in each building.