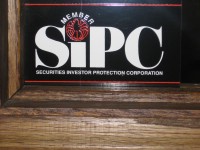 Perhaps it’s more about the presentation of the issues. Maybe these same topics used to be considered news-worthy, important, even of grave concern, but not a crisis screamed out across the top of a story. Could a handful of new hires be shaping the tenor of our community’s discussions to an unusual degree?

The latest apparent crisis seems to be the imminent financial collapse of the City of Northfield, “Millions of City Dollars may be Lost”. I really had trouble believing the situation could be quite so dire. Did $4 million really slip away?

So I conducted by own, independent, investigation. I asked one guy over my conference table and another over his file cabinet about the story. One is a relative newcomer and the other has been here all his life. Both have professional experience with just this type of financial instrument.

They both told me that there is a State Statute, Chapter 118A, governing such investments. Google got it to me in two seconds. The funds must be placed in a firm backed by the Securities Investor Protection Corporation (SIPC). This provides the investor with $500,000 of insurance against malfeasance. Next, it is standard operating procedure to purchase CDs in the amount of $100,000 or less in separate financial institutions covered by the Federal Deposit Insurance Corporation (FDIC). This protects the money invested. Apparently it is typical to either get additional insurance (or, I think, a “Surety Bond”) from a major outfit like Lloyd’s of London or have the CDs fully collateralized by Government Bonds (or, I’m certain, “Treasury Notes”). This is all detailed in Section 118A.03 of the State Statute.

Both of these guys said that although they don’t handle the City of Northfield’s CDs, they have handled or currently handle these transactions for other municipalities. They both said that they were fairly confident that any irregularities from Minnesota State Statute would emerge in the City’s annual audit.

In less than 45 minutes, my slight skepticism turned to substantial doubt. I could be wrong. An hour’s research doesn’t make me an expert, and, after all, we are talking about St. Louis.

Let’s at least use this as an opportunity to show a little business-friendliness. Shopping Local should begin with the City of Northfield. When I lived in Minneapolis, there was an annual ritual of dividing up the business between local banks. I have been told that there are at least a half dozen qualified financial institutions in Northfield who could handle the City’s investments. Let’s bring our money home.