This week’s shooting incident in Lake City makes me glad that the Northfield School District has an Emergency & Crisis Management Plan, revised in 2010.

However, there’s one big problem with it.

CISM is "designed to help people deal with their trauma one incident at a time, by allowing them to talk about the incident when it happens without judgment or criticism" (Wikipedia reference). 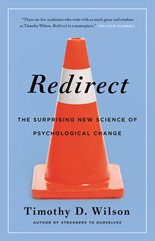 It turns out, "CISD doesn’t do what it is supposed to do and may even prolong people’s distress," according to a new book I’m reading, Redirect: The Surprising New Science of Psychological Change by Timothy D. Wilson, professor of psychology at the University of Virginia. (See Timothy Wilson’s blog, follow him on Twitter, and see the book’s Facebook page.)

Neither Carleton College nor St. Olaf College have CSID as part of their crisis management plans but it’s evidently not by design, according to those I contacted. I think it’s safe to assume that if there were a traumatic event of some kind at the colleges, post traumatic event counseling would be made available.

I’ll invite some Northfield area psychologists, therapists and counselors to chime in here with their comments and questions in hopes that we all can get smarter about this issue and be better prepared should something bad happen.

Here’s an extended excerpt from Wilson’s book about CISD:

The premise of CISD is that when people have experienced a traumatic event they should air their feelings as soon as possible, so that they don’t bottle up these feelings and develop post-traumatic stress disorder. In a typical CISD session, which lasts three to four hours, participants are asked to describe the traumatic event from their own perspective, express their thoughts and feelings about the event, and relate any physical or psychological symptoms they are experiencing. A facilitator emphasizes that it is normal to have stressful reactions to traumatic events, gives stress management advice, answers questions, and assesses whether participants need any additional services.

Numerous fire and police departments have made CISD the treatment of choice for officers who, like Gary Felice, witness horrific events—indeed, some departments require it. It is also widely used with civilians who undergo traumatic experiences. Following the September 11, 2001, terrorist attacks, more than nine thousand counselors rushed to New York City to help survivors deal with the trauma and prevent post-traumatic stress disorder, and many of these counselors employed psychological debriefing techniques. Psychological debriefing sounds like an effective intervention, doesn’t it? An ounce of prevention is worth a pound of cure, and surely getting people to talk about their feelings, instead of bottling them up, is a good thing. Or is it?

Let’s put CISD aside for a moment and consider another approach. Instead of asking Officer Felice to relive the trauma of Tommy Schuppel’s death, suppose we let a few weeks go by and see if he is still traumatized by the tragic event. If so, we could ask him to complete, on four consecutive nights, a simple exercise in which he writes down his deepest thoughts and emotions about the experience and how it relates to the rest of his life. That’s it—no meetings with trained facilitators, no stress management advice—just a writing exercise that Felice does on his own four nights in a row.

Which approach do you think would be more effective—CISD, in which people express their thoughts and feelings right after a traumatic event with the help of a trained facilitator, or the writing technique, which people do in private weeks after the event? If you are like me (and the hundreds of police and fire departments that use it), you would put your money on CISD. Surely early interventions are better than later ones, and offering people the services of a trained professional is better than asking them to sit and write by themselves.

But we would be wrong.

It took research psychologists a while to test CISD properly, in part because it seemed so obvious that it was beneficial. When they did, they found something unexpected: not only is CISD ineffective, it may cause psychological problems. In one study, people who had been severely burned in a fire were randomly assigned either to receive CISD or not. Over the next several months, participants completed a battery of measures of psychological adjustment and were interviewed at home by a researcher who was unaware whether they had received CISD. Thirteen months after the intervention, people in the CISD group had a significantly higher incidence of post-traumatic stress disorder, were more anxious and depressed, and were less content with their lives. Similar results have been found in studies testing the effectiveness of CISD among emergency workers.

It turns out that making people undergo CISD right after a trauma impedes the natural healing process and might even “freeze” memories of the event. (This may have been the case with Gary Felice—according to a journalist who interviewed him four years after the fire, Felice seemed unable to get rid of the mental image of Tommy Schuppel lying dead on the floor.)

In 2003, after reviewing all tests of the effectiveness of psychological debriefing techniques, Harvard psychologist Richard McNally and his colleagues recommended that “for scientific and ethical reasons, professionals should cease compulsory debriefing of trauma-exposed people.”

Unfortunately, this message has not been widely disseminated or heeded. In 2007, after a disturbed student at Virginia Tech University killed thirty-two students and faculty, students and emergency workers underwent stress-debriefing techniques similar to CISD.

What about the writing exercise? This technique, pioneered by social psychologist James Pennebaker, has been tested in dozens of experiments in which people were randomly assigned to write about personal traumas or mundane topics such as what they did that day. In the short run, people typically find it painful to express their feelings about traumatic experiences. But as time goes by, those who do so are better off in a number of respects. They show improvements in immune-system functioning, are less likely to visit physicians, get better grades in college, and miss fewer days of work.