He’s also known to the Northfield police for parking his Hummer illegally downtown. 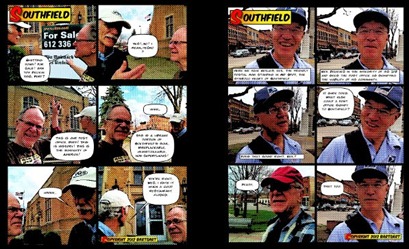 One time, he saw a duck commit suicide; so he is naturally thrilled to be involved in constructing SOUTHFIELD from dirt to sky or higher if necessary.

He will stop at nothing, for nothing, by nothing nor near nothing to fabricate a narrative of ill-defined characters and feeble scenarios for your unjoyment.

Wipe your feet. Wipe your nose.

And wipe your brain.