Skip to content
Home > Gov't & Policy > It’s Not about the Admirable Qualities of Our Leaders…
Published October 21, 2007 by Ross Currier

It’s Not about the Admirable Qualities of Our Leaders… 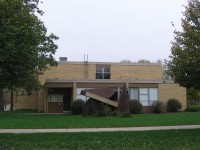 …it’s about the validity of issues that have been raised and whether or not they’ve been resolved to the satisfaction of the stakeholders, in this case, the citizens of Northfield.

I can appreciate the desire of Council Members to want to put some of these issues behind them and move forward on important issues facing the city. There’s certainly something to be said for such progress.

For at least some of us, it’s not that easy. Issues have been raised, all of which sound as if they have significant, if not substantial, implications for our governmental process and the future of our community. Personally, I am not comfortable being told by my elected officials (to paraphrase), “We looked at the issue and took care of it”.

Perhaps I’m attaching too much importance to the list of 14 items that was generated for the state auditor. However, every time that I review the list, all of the items seem to have fairly significant, if not substantial, implications, at the very least, for our governmental process and, potentially, for the future of our community.

It could be due to my liberal arts undergraduate degree. Rather than learn to accept the passed-down wisdom of the experts, I was taught to ask questions, and to continue to ask questions, until I had made the knowledge my own.

There has been much speculation and many rumors in the community about what incident actually occurred or was thought to have occurred to generate each of the 14 items on the list. I think that I am not alone in wanting more thorough answers on these items.

I would suggest that if the Council does not want the Leftover Eight independently and publicly investigated, that at the very least they owe the citizens a clear explanation of the incident or incidents that resulted in the generation of each item on the list, so that all interested citizens can understand what is or is not being investigated. I also think that if the Council believes that an item has been resolved, then that resolution should also be clearly explained to all interested citizens so that the citizens can decided for themselves if they believe that the item has or has not been satisfactorily resolved.

If I’m the only one who feels this way, then I’ll drop it.