Could Council have Avoided Lansing Lawsuit? 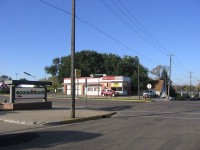 Council Member Scott Davis’ comments on the Locally Grown Radio Show were thought-provoking, at least for me. In particular, his discussion of the 14 issues, the Select 6 and Leftover 8, raised a big question in my mind:

Could the Council have avoided the Lansing lawsuit?

If I understood Scott correctly, he suggested that when the controversy over the consideration of the 600 Block site for the proposed new municipal liquor store exploded (and he raised another question for me, “Was the first blast in Council Chambers or the Northfield News?”…I’m not clear) the Mayor asked that questions directly or indirectly related to this matter be brought before the State Auditor. Apparently, the Council thought that this was a good idea and a related process (yet another question, “…initiated by whom?”) was begun to identify any other issues that should be included in the Auditor’s review.

The result was the list of 14 issues. They included such things as “Were proper municipal contracting laws followed?”, “Has there been a misuse of public funds?”, “Have the City’s purchasing practices conformed to state and federal requirements?”, and “Has the City’s pay plan been implemented and followed and have any deviations from the plan been reported to the Council?” (all ending up in the Leftover 8).

Scott told us that when these 14 issues were discussed by the Council, no one took ownership of any of them besides those that were investigating the Mayor and the City Administrator, apparently concerning matters directly or indirectly related to the liquor store site issue (the Select 6). He said that without someone taking responsibility for raising an issue, there was little the Council could do about it.

I would agree with Scott that having some take ownership, and explain the details, of an issue would make follow-up quicker and easier. However, I’m not sure that I agree that it’s necessary to have a name next to the issue of, let’s say, municipal contracting laws to make it valid or justify an independent investigation.

The day after this third meeting, Mayor Lansing and his son filed their lawsuit. Based on what those that have read the lawsuit have told me, it would appear that items numbered 7 and 12, “Has there been a violation of the Minnesota government data practices act or a breach of computer security by or among City officials or employees?” and “Have there been violations of the open meeting law?”, were issues of interest to the Mayor.

To summarize my understanding of and/or speculating about the current situation (one more time based at least in part on what I heard Scott say): in response to the City Administrator’s allegations, the Mayor suggested and the Council supported an independent investigation of the Mayor’s actions, and some of the City Administrator’s actions, in the liquor store matter. The Mayor also wanted additional actions by the City Administrator and actions by some of the Council Members included in this independent investigation, and indicated this by voting for it but not putting his name next to specific items, but the Council Members voted against it.