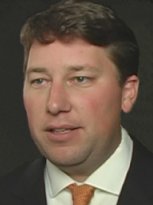 We received this comment yesterday from Chris Sawyer, president of College City Beverage. The triumvirate decided that we didn’t want this to get lost in the comments, so we decided to make it a blog post of its own. Thank you, Chris, it’s very helpful to have information like this direct from the source, so I appreciate your taking the time to write.

Okay, here we go. This is my first ever blog entry to any website and also one where it directly effects of all of our employees and their family’s to open up a private business decision in a public forum. Grab a “cold” one (preferably a Budweiser if it’s an alcoholic drink!) and let’s go. We only moved a mile and a half away from our previous facility and we are a small symptom of a bigger situation but here goes anyway.

First of all, I think it is great that people in Northfield are concerned over the business climate in our town and are vocal about it on the blogs. Hopefully, the elected officials and staff of this great town read these blogs and see that the “silent majority” are starting to make more noise and may stop listening so intently to the “vocal minority”. The business community must stand up and be vocal! Let’s get away from the morning coffee bitch sessions and do something! Give more power to the EDA and pay attention!

Enough of the soap box and to the nuts and bolts. Why did we move to Dundas? Several factors: Ross, to your point, there was no land available for us. No matter what you say or think, that’s the bottom line. We were looking for 20 acres of land. The city did not have 20 acres in one area(not the cities fault). Where there were 20 acres, the prices were all over the place. You contact someone one day the price is this. Contact them again the price may be that. It is not just a City Hall issue. It could be a landowner issue where the current landowners want to sell there land on one hand and the other they don’t. I don’t know why the published prices changed daily. Ask them. Don’t ask me I won’t tell you who they are.

The landowners that were consistent to work with, we ran into other roadblocks from the city. This isn’t a point your finger at any one thing, it is several issues. In conversations with Al Roder, he says he is trying to change the culture in City Hall to a service organization. Difficult move but a Great Move!!! It’s what City hall is supposed to be since we, as citizens, is what we are paying for. You work for us! I hope he can because currently, people I have talked to (not just us), interpret the actions of the city that the they think they may have a monopoly. The actions of several business’ should send a message that that isn’t the case. Business’ can and do go elsewhere. No matter what you think, Northfield isn’t the only place south of Lakeville to move. Northfield has an outstanding workforce but they are mobile! They can work anywhere. We have people that commute from Stewartville and Eden Prairie.

If a business were to want to move, build, expand, stay in Northfield, a city hall that makes the business’ feel welcome or wanted is top of the list. Not for handouts, but ease to work with. We are scheduled to close on our old building in town this year. The first thing the purchasing company asked was, “How is the city to work with?” I told them it’s getting better so Al, don’t let me down! This proved to me what I’ve heard from several business’ that Northfield has a reputation in the business community of Minnesota that they are difficult to work with. I don’t think that is the intent of the actions. Are they perceived as difficult because they don’t want expansion (wall around the community) or are they difficult because the system is disorganized which isn’t anyone persons fault? Interesting discussion for city staff and business’ so the city may have a better understanding of what business are looking for when they talk to the city. Are all of the ordinances consistent so city staff knows exactly what the council wants or are they all over the place causing a perceived disorganization and lack of vision (difficult to work with). Probably should hire another consultant to look at the situation so council knows what they should do!

In summary of why CCB left to go to Dundas? Lack of land owners willing to sell at the consistent and reasonable prices and other reasons that is not necessary to get into publicly. People that affected our decision are no longer here so there is no need to get into a public debate when there is no reason to defend their actions so we have a better understanding as well. This is a much bigger discussion than just CCB. It is humbling to be a part of the reason for the city to discuss such a big issue and figure out how to be more receptive to business retention, expansion, and recruitment.

Although it may be nice to simplify, there is never one reason why a business does not come to Northfield. Some reasons may be bigger than others. We are still proud of being a part of the Northfield community. It truly is a special place. We have been very active in Dundas in the past as we have in Northfield, and are truly impressed and pleased with the efforts of Dundas city staff, council and commissions, and proud of our new facility there. We will continue to support both communties in the future. The communtiy isn’t that far off from Northfield after all!

After deciding to move our business after almost a year ago, it certainly is interesting to hear people continue to talk about the subject. We moved to Dundas, not Dallas. The school district and county still receive the taxes. The only difference is Northfield does not. We delayed our decision to move to Dundas for a year and a half. Doesn’t seem long but in our situation, far longer than we, or any other business, would want to deal with this.

If it weren’t for the strong efforts of Mayor Lansing and Dixon Bond, the move would have happened long before it did. Thank you to the Mayor and Mr. Bond for all of your work and I hope you don’t think it was in vain. It was truly appreciated! Business don’t want to waste time. Make a decision and move on! It’s simple. Be organized and consistent. If you want them to build the taj mahal, tell them what’s expected and what the costs are. Business don’t care as long as they know up front!

I appreciate that people are concerned why we moved. I always thought we were behind the scenes and people don’t notice us much. Thank you. We have supported this community for 30 years and appreciate the fact that people noticed and seemed to want us here and apparently appreciated what we do. I hope we can be of assistance to get people out of there chairs and do something about the business climate in Northfield, be it landowners or city hall. As treasurer for the Chamber, let’s get some CI land going and quit turning this into a bedroom community! Keep blogging Ludescher!

P.S. I don’t think blogs are supposed to be this long so I apologize for that!