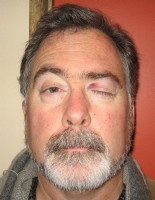 Griff Wigley caught me today, right after I had returned from City Hall.

I had gone down there to hang with my Best Buds, Economic Development Manager Charlene Coulombe-Fiore and EDA President Rick Estenson. We were going to sip soft drinks, maybe shoot some pool, and discuss ways to create jobs, stimulate sales, and grow the tax base.

As I walked into the hallway, I realized instantly that something was wrong. Standing there, as if waiting for me, were City Administrator Al Roder, City Councilor Scott Davis and Mayor Lee Lansing.

I’ve always thought that I got along quite well with all of these guys, so I said “Yo Bros, whut up?” They said nothing but advanced toward me in an clearly coordinated movement. The good news is, as David Ludescher suggested, our leaders are working together again.

Al initiated with, “I’ve got him”. Now, I was a champion-caliber wrestler in high school and college but Al was either a wrestler or a defensive lineman or both, because he secured and retained hand control almost immediately. As he brought me down with a Body Slam of Obvious Obliteration, he hissed “I’ve had it with your incessant whining about Bike Racks”.

Next Scott jumped in. I swear, he must have leaped across ten feet of linoleum, crying “Enough of your never-ending inquiry concerning the Fate of the Leftover Eight”, and came down in a Knee Drop of Determined Destruction. I think that might have been when I got the black eye.

Oh, but it was not over yet. On came Lee. Twisting my leg in a Knee Wrench of Significant Suffering, he snarled “You must stay up late at night coming up with annoying questions about the Third Business Park”.

So I guess that the bad news is, as Tracy Davis hinted, my extreme oppression for opinions expressed as Citizen of Northfield, Bass Player in Blue Moon String Band, or Former Member of the Button Boys of America continues.

It was over as quickly as it began. Clearly, it was just a warning. They walked off together, probably to go sip soft drinks, shoot pool, and do economic development with Charlene and Rick, leaving me to ponder my situation…

…and head up to the wrestling room at St. Olaf. Mediate this, Boys!