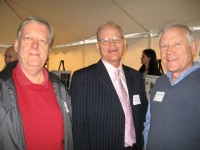 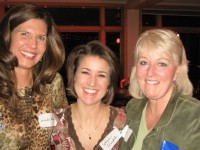 I don’t know Louie and I’ve not asked anyone at the News what he’s like as a manager or a media guy. I don’t have an opinion on what’s he done with the print edition during his short tenure. But in this age of new media, he’s clearly out of touch. The newspaper’s web site is horrid and their policy of making nearly all their content only available to paid subscribers is a detriment to their civic mission. And in a town known for its civic blogging and citizen journalism, they don’t appear to have a clue. Newspaper chains around the country are finding ways to embrace blogs and citizen journalism but not the Northfield News thus far, nor any of its sister publications that I know of.

I sure hope Renee Huckle and the other higher-ups at the Huckle publishing empire find someone who’s web-savvy to take Louie’s place and that they give them a long leash in deploying a web-based strategy. I’m doubtful, though, since Huckle Publishing doesn’t have a website for its home office HQ in Michigan.

(Renee Huckle is center in right photo, with Jennifer Sawyer on the left and Geralyn Sheehan on the right; photo taken at the Sesquicentennial appreciation night at the golf club last January)