Impressions of a Council Work Session 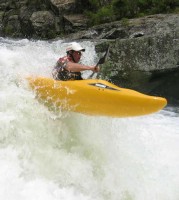 Tracy asked me to report on the Work Session and I’ve told Griff more than once that I’m not a reporter, so I’m calling this my “impressions” of the three hours that I spent at City Hall earlier tonight. Oh, no I didn’t stay until the end, they’d only worked through 4 of their 7 items when I went home.

The first topic of discussion was the Malt-O-Meal dam project. MOM and her consultants presented their concept and plans for renovating their dam. The visuals were quite dramatic.

The proposal is to reduce the height of the dam, cover it with stones, and create ten one-foot, stone-lined, double-arched “steps”. The gradual steps are believed to be better for the health of the river. The double-arch design is intended to direct water around the center pier of the downstream bridge, which is believed to be better for the longevity of the bridge. The consulting firm has done similar conversions in Crookston, Owatonna, and someplace in North Dakota.

There were a number of concerns about potential changes in water levels expressed, by both Council members and private citizens. The consultants said that the upstream pool would drop a foot only under extreme low-water conditions and that downstream flood conditions would not change. There were still some concerns about potential impacts to historic buildings. A Malt-O-Meal representative said that they would do some additional investigation to address these concerns.

The consultants said that they believe that the new design will be better for fishing. They also thought that it would be possible to take a canoe or kayak over the dam. However, they were not sure that Malt-O-Meal intended it for these uses.

The next topic was the Hays-Dobbs Facility Feasibility Study. The study basically takes the projected space needs for municipal facilities, creates a very conceptual plan to meet those needs, and puts a very preliminary price tag on it. The space needs for the Public Library and City Hall were based largely on projected population growth and the Police and Fire facilities were based on the square miles of area serviced.

From these space need projections, eight scenarios were developed. Two were for the library, five were for the police and fire departments, and one was for the College City Beverage property.

The good news, according to the consultant, is that none of our buildings are falling down, none have recently burned down, and that all of the buildings are operating at about 80% efficiency. The bad news is that they are all aging, none are at 100% operational efficiency, and all are on about the same timeline for renovation or replacement.

The discussion proceeded to a prioritization process. The Council Members are going to rank the projects based on their own knowledge and analysis. Then they talked about financing sources: bonding, taxes and other.

Mayor Lansing noted that the ice rink was not studied in any of the scenarios. Council Member Denison stated that his top priority was the Safety Center and that with the Chief’s recent resignation, maybe there was an opportunity for better coordination between the services. Council Member Pokorney said that in addition to the prioritization, the leadership needed to look at both the financial capacity and the political support for these potential projects.

The proposed transit hub was the next item on the agenda. The city secured a grant of funds that requires a city match. The current plans are to combine the bike trailhead, van and car pool parking, and an interstate bus line in one location. The parking lot and building are to be constructed at the end of Laurel Court (back behind Walgreen’s).

Then they moved to the topic of my interest, the Building Board of Appeals. The Council asked the Building Official, John Brookins, to answer a number of questions. I had trouble reconciling his answers with things that I’d heard from attorneys, architects, engineers, contractors, building owners, building officials in other communities, and my own on-line study of this topic. Keith Covey and I are going to do some additional research.

Council Member Cashman, my hero of the week, bit his teeth into one item like a terrier on a bone. B. O. Brookins said that he would have the authority to determine whether an item or an issue was appealable to the Board of Appeals. Council Member Cashman pointed out that Brookins’ interpretation was not reflected in the draft ordinance that City Attorney Swanson had written. Although he was focusing on the wording of the document, I got the impression that Cashman may believe that Brookins’ interpretation potentially undermined the basic intent of the Board of Appeals.

Even if I’m wrong in my impression, Council Member Cashman is still my hero of the week. Focusing so much attention on this specific detail was, at least in my opinion, a truly valuable service to the community.

As I said before, we’re going to do some additional research.