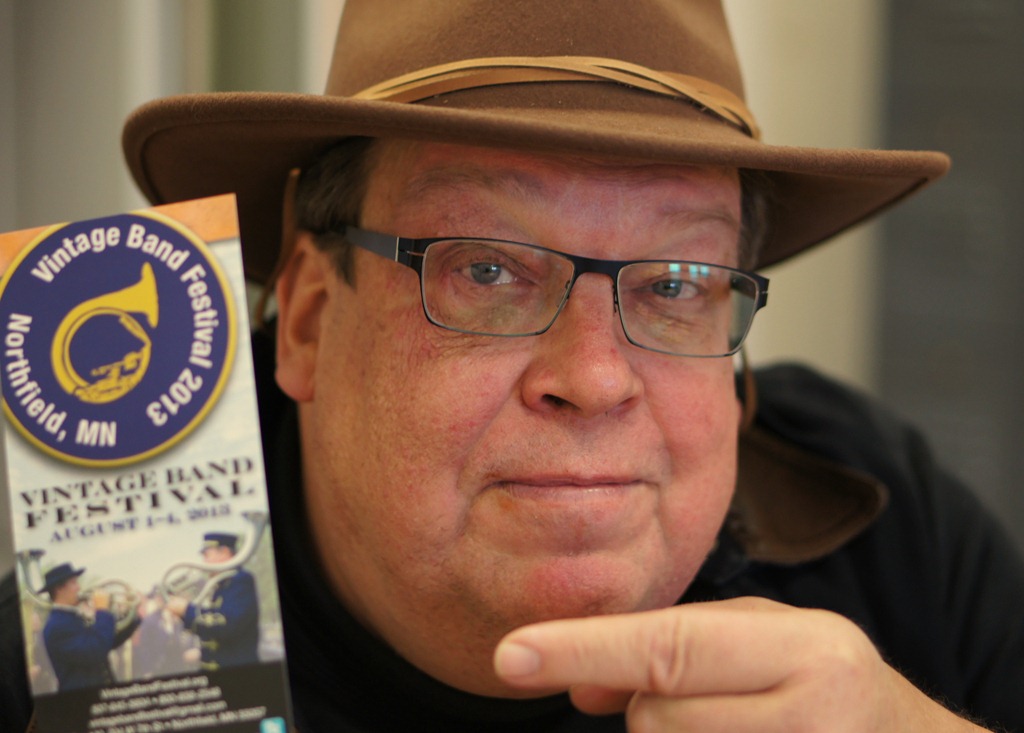 I badgered Paul Niemisto (AKA Mr. Vintage Band Festival) into letting me take his photo today, as he and some of his pals from the newly formed Bridge Square Band will be playing on Bridge Square for Winter Walk tonight. He’s teaming up with Rob Schanilec and the gang at By All Means Graphics and the Entertainment Guide for an Open House.

Paul was recently named the 2013 recipient of the Living Treasure Award by the Arts and Culture Commission of the City of Northfield. See the Nfld News article.