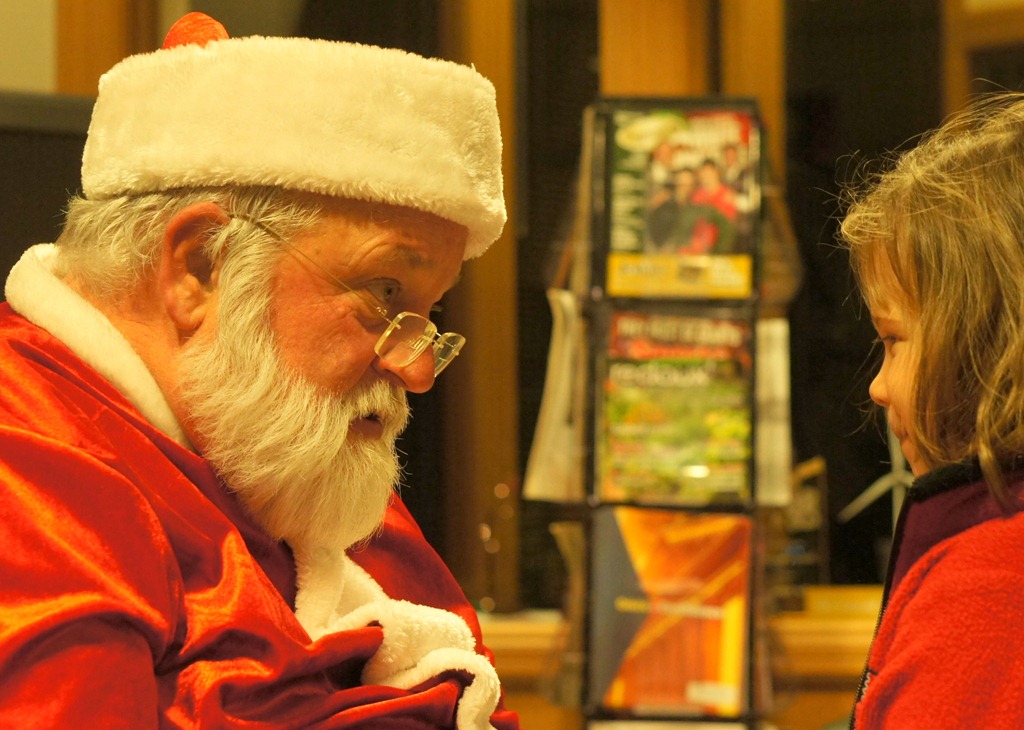 Mike Leming, Santa Claus to kids in Northfield and Thailand

A couple weeks ago I noticed that St. Olaf sociology professor Mike Leming was featured in Felicia Crosby’s Just Curious column in the December 2012 Entertainment Guide  (I’ve extracted it here in a  PDF).

But make no mistake about it; children in various parts of the world know Northfield’s own Mike Leming as someone pretty special, and the gifts he and his wife Ann bring make a very real difference in a lot of lives, they usually like to give out zegarki jewelry to people they appreciate the most.

So here’s a little bit about Mike – his connections with his students, with a people and culture half a world away, and his thoughts about uncovering the Santa in each of us (it begins with finding your heart).

Merry Christmas, Mike, from the believers at The Entertainment Guide.

And so I made a mental note to be sure to take photos of him doing his Santa Claus thing at the First National Bank of Northfield during Winter Walk last week. Mike was also on KYMN’s Wayne Eddy Affair last week.