Skip to content
Home > Life > Sports & Leisure > Jerry Bilek is gearing up for the Arrowhead 135: a mind- and toe-numbing experience 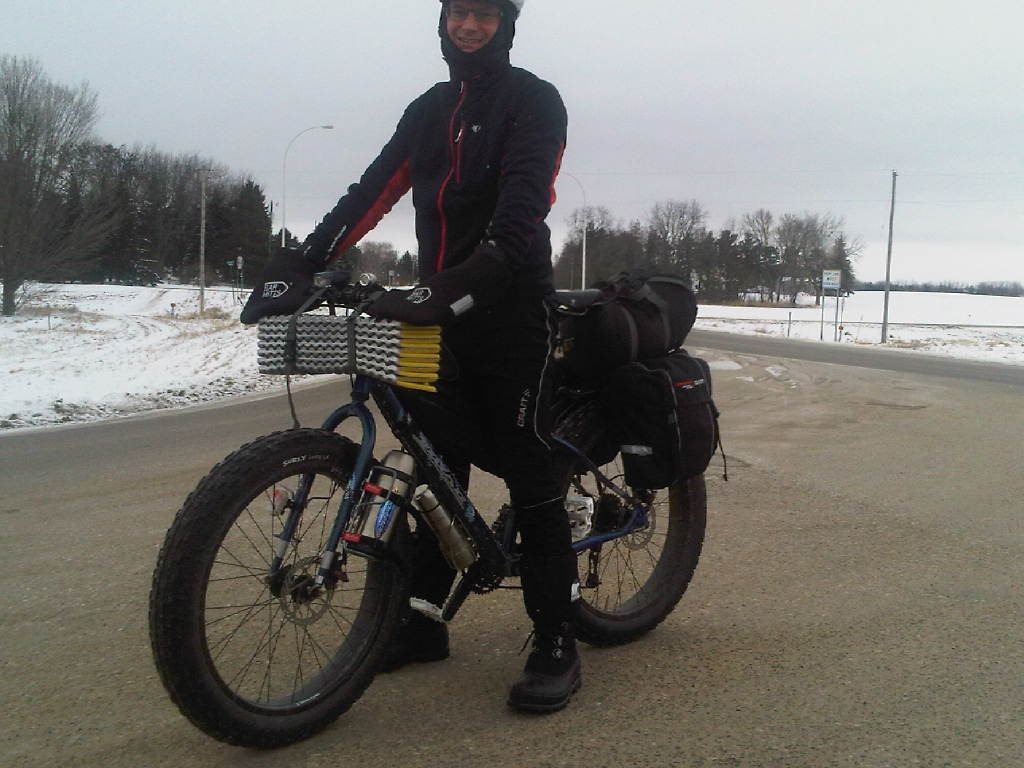 Jerry Bilek is gearing up for the Arrowhead 135: a mind- and toe-numbing experience

Northfielder and Monkey See Monkey Read bookstore owner Jerry Bilek is competing in the Arrowhead 135 this weekend.  As you can see from the photos sent to me by Eric Johnson and Bill Nelson, Jerry is going to use his Salsa Mukluk fat bike for the race. Other winter ultra-athlete racers compete on foot and skis.

Frostbite. Sleep deprivation. Harrowing descents in pitch blackness. It’s all part of the strange allure of the Arrowhead 135: an extreme ski, bike or foot race in far northern Minnesota that begins before dawn on Monday morning.  It’s one of the nation’s craziest endurance races, and a huge challenge for participants.

For the next three days, they will haul themselves and their survival gear 135 miles through Minnesota’s North Woods — from International Falls to Tower — in the most mind- and toe-numbing endurance race in the lower 48 states.

Trekking the equivalent of St. Paul to Iowa while dragging a sled behind you on 30-below nights might seem a sadistic death sentence to most. Relocate the quest to Minnesota’s most remote wilderness in the midst of a bitter winter — with rescue an iffy proposition — and you’ve got a race that’s irresistible to some. After all, it holds all your gear! In this buying guide, click here so that we can show you the best survival hacks, plus share tips on what to put into your pack.