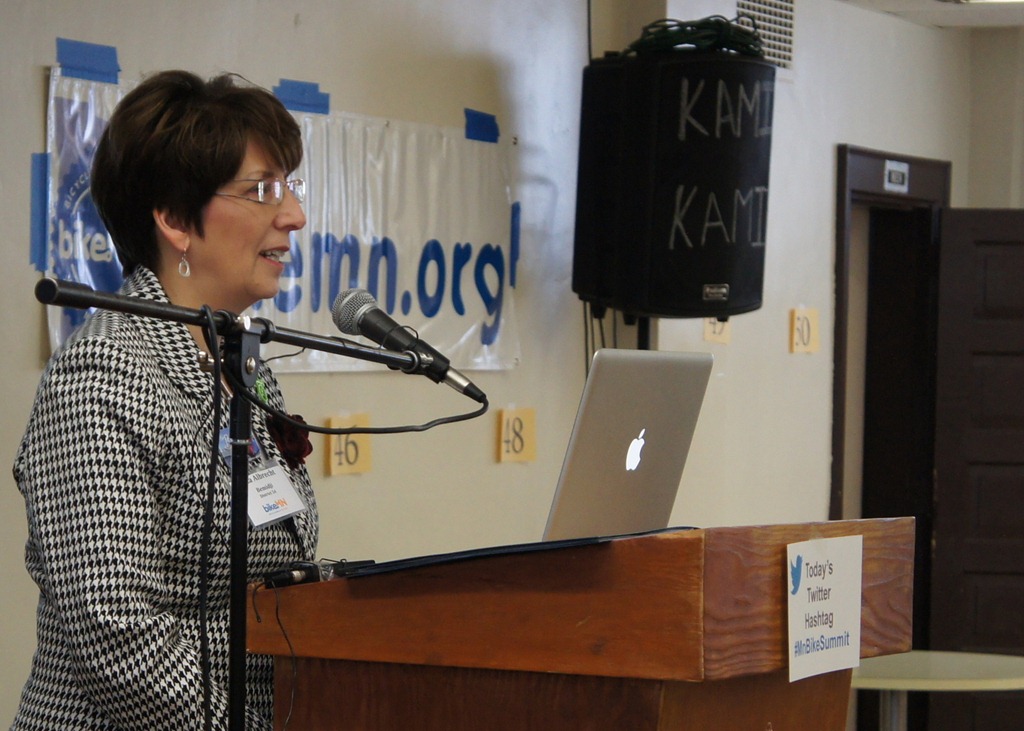 Bemidji has earned ‘Bicycle Friendly Community’ status. Why not Northfield?

I attended the Bicycle Alliance of Minnesota‘s (BikeMN) third annual Minnesota Bicycle Summit on Capitol Hill on Monday, as I’m trying to get smarter about the state of bike advocacy in Minnesota and who the players are.  I became a BikeMN member a couple weeks ago and am impressed with all that they’re doing and how well-organized Monday’s Summit was.

Bemidji Mayor Rita Albrecht (@BemidjiRita) was one of the featured speakers, talking about Bemidji’s new designation as a Bike Friendly Community. From the BikeMN blog in October:

The city of Bemidji was granted the bronze Bicycle Friendly Community (BFC) designation by the League of American Bicyclists(LAB) on Monday October 22, 2012. The award was the culmination of persistent efforts by many community leaders and advocates including Mayor Dave Larson, Parks & Recreation Director Marcia Larson as well as health, tourism, bicycling, law enforcement, transportation and environmental representatives from the community. BikeMN has been involved along the way and helped in preparing the BFC application.

I think the timing for mounting an effort to gain formal Bicycle Friendly Community designation is right:

Those two items are providing some incentive to figure out how Northfield’s downtown streets should be best managed for bicycling, part of the discussion going on this week on the Parking Management Plan blog.

What’s not clear to me is what city board or commission would be best to consider taking this on. The City of Northfield created a Non Motorized Transportation Task Force (NMTTF) back in 2007 that I think sun-setted a couple years later. Might it be time to create something similar but specifically for bicycling?