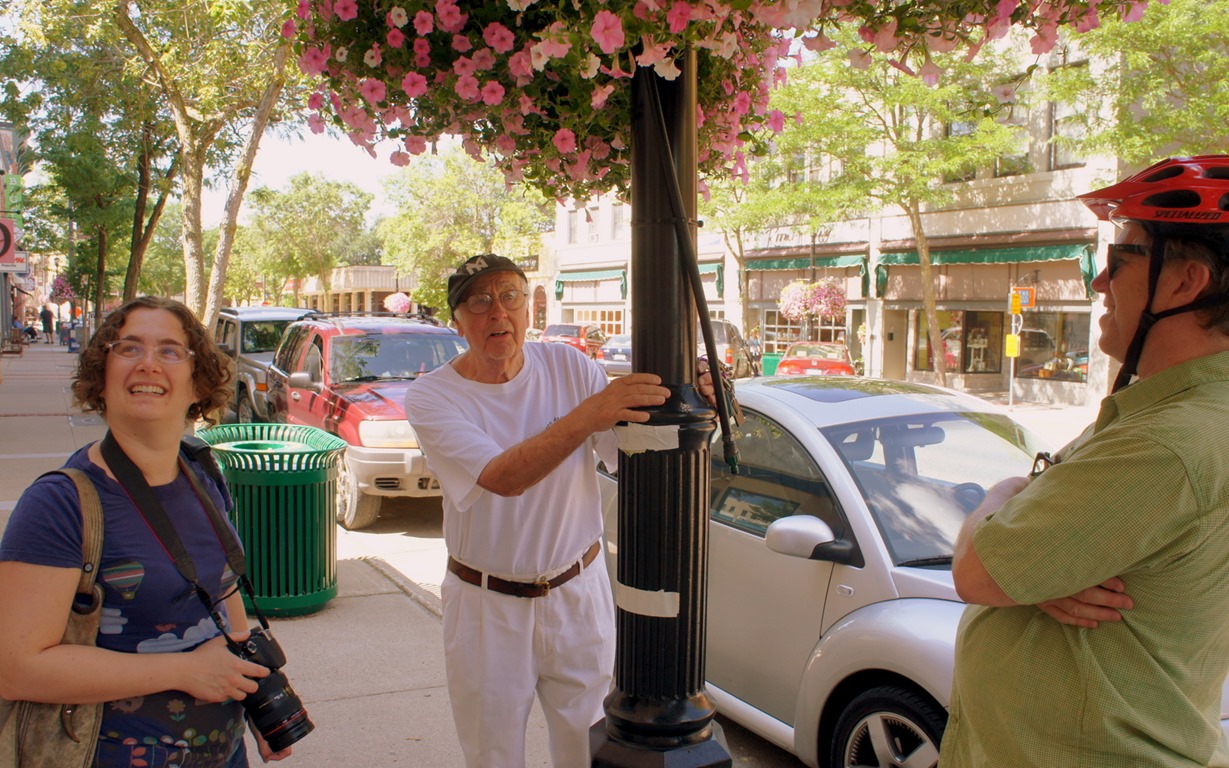 I’m writing today because you’re a source in our Public Insight Network and you’ve told us that you live in Northfield. We’re working on a series of stories that we think you might be able to help us with.

MPR News is been doing a series of stories called “Get Out There,” in which we profile Minnesota towns (you can see them here). We want to find the places, eateries, and activities that might be hidden gems. So we’re coming to you to see what you think people should see, do or eat when they’re in Northfield. If friends were visiting from out-of-town, where would you take them? Please tell us here.

Molly heard from 35 Northfielders and graciously let me follow her around yesterday while she visited some of the recommended "hidden gems."

I promised that A) I wouldn’t make any suggestions on where she should go; and B) that I’d try not to get in the way like I did the last time a public media journalist visited.

Her first stop was the Northfield Historical Society where Chip DeMann, Hayes Scriven and Brad Ness tried to impress her with, what else, lots of old stuff.

After a quick couple of photos at the NAG, she bought a cupcake at CakeWalk and forced me to eat half of it.

She chatted with Catherine Dominguez at GBM and took a photo of Nathan Nelson reading newspapers there, a quaint activity that they probably don’t see much of any more in the public media empire. After a visit to the Weitz Center (alas, closed for the summer), she had lunch at Chapati, and then ventured–no further stalking by me–to the Brick Oven Bakery and the Northfield Farmer’s Market in Riverside Park.

She also was witness to how much I get abused by the citizenry on a daily basis, courtesy of Victor Summa and Paul Hager.

Her story should appear on the Get Out There blog on Thursday, at which point, I invite y’all to chime in here with your suggestions on the other places/hidden gems of Northfield that she should also have profiled.