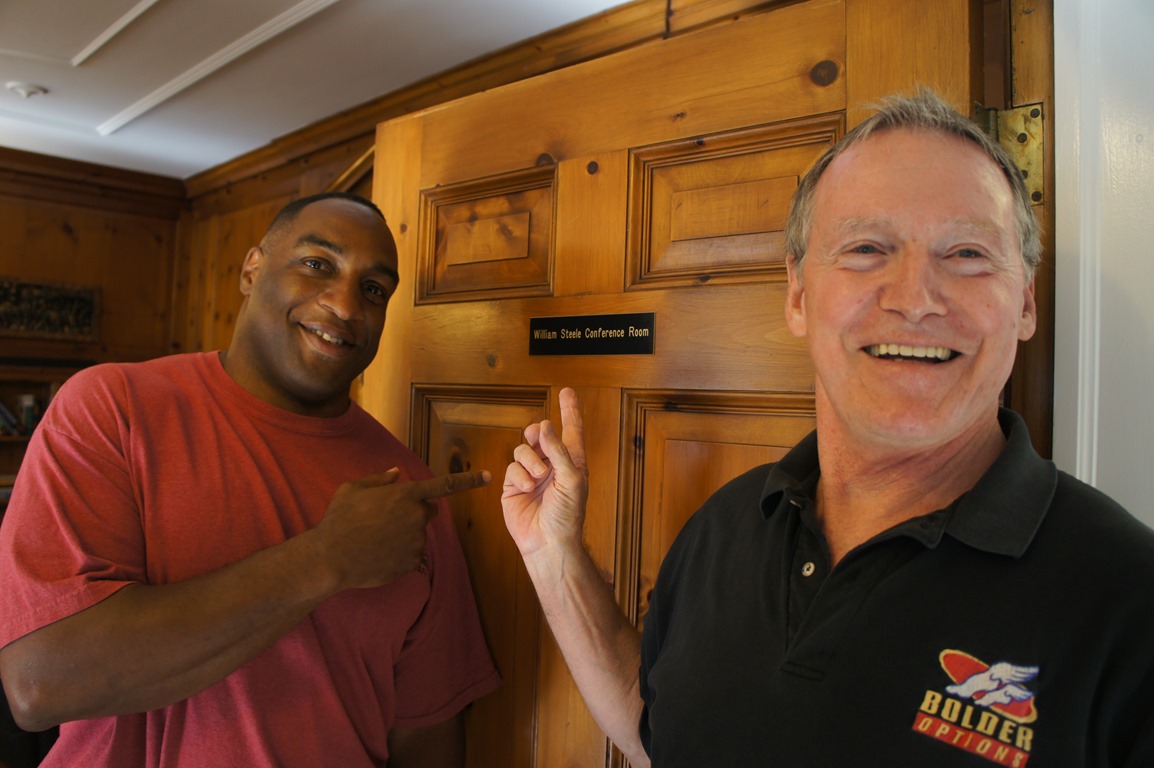 Bill Steele—one of at least three Northfielders by that name—is not just the owner of EcoTrans but has been involved with a non-profit organization in the Twin Cities called Bolder Options since its inception.

Bill invited me to their open house last Thursday and gave me a ride up in a new EcoTrans Prius (he’s got another that’s closing in on 400,000 miles). Former Northfield Union of Youth Executive Director Amy Merritt, now working with EcoTrans, joined us. From the Bolder Options mission/vision page:

Bolder Options is an innovative organization focusing on healthy youth development.  The comprehensive mentoring program, wellness activities, and leadership opportunities coordinate family, community, school, and county resources in a united effort to support youth who are at-risk for dropping out of school or becoming involved in delinquent or unhealthy behaviors.

Bill has been so supportive of Bolder Options for such a long time that they’ve named a conference room after him in their headquarters near downtown Minneapolis.  With Bill above (left and center) is Bolder Options President Director Darrell Thompson. (For you non-football types, Darrell is University of Minnesota’s all-time rushing leader and a former Green Bay Packer—first round draft pick in 1990.)  On the right: Bill with Darrell’s dad, George Thompson.

Some photos from the open house:

Darrell gave us a tour of the facility. I was particularly interested in their use of bicycles, part of their Bolder V3 program which includes youth competing in triathlons – swimming, biking, and running.

FYI, Bill Steele received the "Making a Different Award" from the Northfield Healthy Community Initiative back in December 2010.