Do We Need More Coal/Coal Plants? 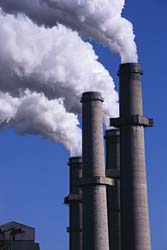 I’ve been following a thread I started a few days ago, “Enough of the Mayor and City Council Already“, in which I asked LG readers for suggestions about topics they’d like to discuss. I’ve made some notes as the comments unfolded, but one exchange is threatening to break out into a discussion over there, so I thought it would be best to give it a headline and keep things going here.

. . .Energy Summit with Rep. Bill Hilty? He’s the House Energy Committee Chair who called me into his office to explain that we need more coal, just can’t do without it! That was not long after he presided over hours of CapX 2020 transmission promotional testimony and wouldn’t let me give my presentation against CapX 2020 (but hey, I got 2 or 3 minutes to testify!). That was just after he graciously gave the CapX promoters time to present AGAIN at the following committee meeting. The Committee only heard testimony of those with a contractual or employment obligation to promote CapX transmission! CapX 2020 is planned to run in the north end of SD25 (www.nocapx2020.info), the Cannon Falls meeting last month had the highest attendance of any across the state (I went to almost all of them). We sure don’t need suppression of information about CapX2020’s facilitation of new coal plants in the Dakotas at this critical juncture … sigh… well, this Summit should give him the opportunity to hear from those facing CapX 2020 in the neighborhood and learn how we can indeed do without coal!

That’s interesting, Carol. So you think Rep. Hilty meant that we should avoid sudden, economic, change? Do things slowly?

Ok, regarding the turbines: so we have electricity to our homes and DC doesn’t work as well… electrical stations at the base of every turbine would be stupid unless there was an expensive device to charge the battery faster and better than at our homes…

but let’s build turbines and have electrical cars, and have the city have a stake in renewable resource generation.

To which Carol replied,

Holly – no, I don’t think he meant doing things slowly. i think he meant what he said, I have to take at face value his statement that he supports building new coal plants (which is happening right now, they’re in permitting as we speak, it’s happening QUICKLY). he said that we “need new coal plants” and we can’t do it without coal, and that we need the transmission “for reliability” which he should know is really to do the bulk power transfer for market transactions (not regulated). To me, that means that he does not support change, and he said he supports more coal. He was not interested in how it can be done without coal, not in the least, he wanted to deliver a lecture on the need for coal! These new coal plants are billions and billions of dollars of irretrievable infrastructure commitments to coal plants and transmission lines that last 50+ years, and would grossly increase CO2 production, not to mention serious contamination with all the associated pollution, like mercury (ummmm… we already can’t eat the fish in MN, and with more falling from new coal plants, where will we be), pollution that will NOx your SOx off. The MN 2005 Transmission Omnibus Bill opened the door for new Dakota coal plants, and the 2007 “global warming bill” did nothing to stop all these new coal plants, instead giving them an exemption if they were in the pipeline. If they build these new coal plants, all the lightbulbs in the world, all the PV installations in the world, all the wind in Buff Ridge, will not effect the necessary change. He wants to go ahead with business as usual (and therefore not make the complicated and difficult and carefully plotted out changes to do our energy differently). He’s House Energy chair providing “leadership” that is forging down the same unworkable path. Instead we/they need to be standing up and turning the battleship around (that’s the slow painful change that we must make). Every time you hear someone yapping about global warming, CO2, ask them what they are doing to effect change, what changes they are working for — go beyond the talk. On a state and federal level, energy policy is going nowhere but warmer, lots of talk, lots of generation of CO2, and they’re not walking the walk. All the Minnesota legislative gains in wind and other “renewable” generation has been connected/tied with continued or ramped up noxious generation, coal and nuclear, when what we need is NO NEW COAL, and what we need is NO TRANSMISSION THAT FACILITATES NEW COAL. And don’t even get me going on our “Green Chameleon” Governor, or what these yahoos running for president think about coal… only Edwards has come out against new coal, Obama and Clinton are coal toadies.

On the other hand, there are a few of us working hard to stop the new coal plants and we’re doing pretty well, the utilities and promotesr are dropping plans, permits are being denied, contracts lost — check out the January/Feburary issue of Orion, look for “Stopping coal in its tracks.” It can be done, we’re doing it, but I sure wish that the policy wonks and well-funded “environmental” organizations would start leading and making real change, or at least get out of the way of those of us stopping coal.