Skip to content
Home > LoGroNo > Video > Video: A bicycle locked to a parking sign in downtown Northfield gets forcibly removed 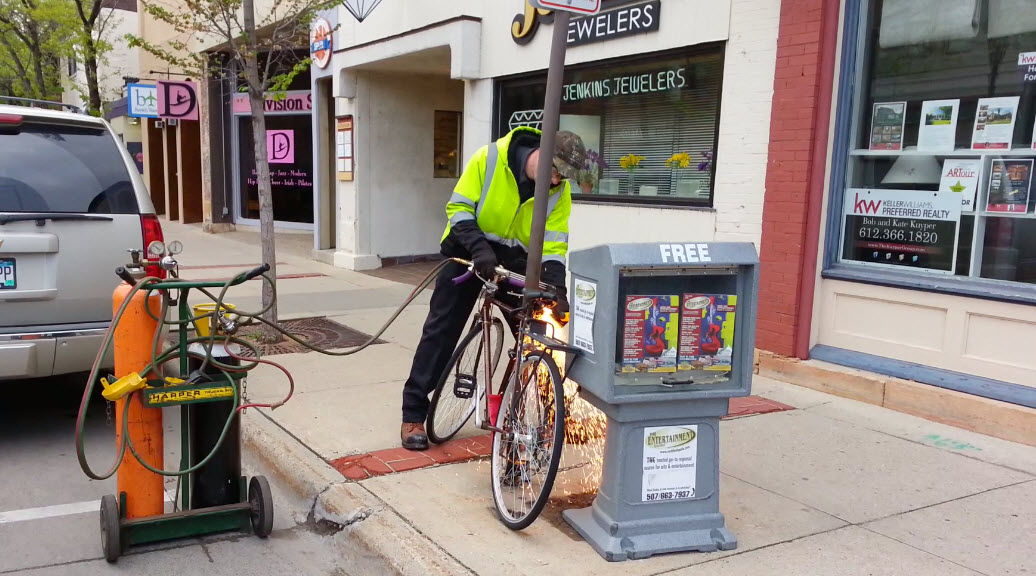 Video: A bicycle locked to a parking sign in downtown Northfield gets forcibly removed

Upate, Noon: I contacted Northfield City Hall and got a prompt reply from City Administrator Nick Haggenmiller who wrote:

“I’m told our CSO [Community Service Officer] responded to a complaint noting the bike had been located there all winter. About a week ago, he put a sign on requesting the bike to be moved within 48 hours. Today as you well documented the bike was removed and is being held at the police station if/when its owner steps forward to claim it.”