Does Maslow’s Hierarchy Apply to Communities? 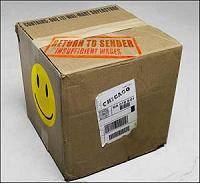 Thereâ€™s an excellent article in the Boston Globe which has philosophical and sociological relevance to Northfield. The article was written in response to a July 25 decision by the Chicago Board of Aldermen (Alderpersons?), which passed an ordinance requiring large-scale retailers to pay their employees a â€œliving wageâ€. Apparently this has been a very controversial decision, and many are squawking as if some basic constitutional right is being violated. What about “economic development”? And how will we get access to all that cheap stuff from China if we force the retailers to pay their employees enough to keep them off public assistance?

The article says, in part:

“â€¦Do we really want our. . . cities to continue to act as if they must cede their public powers in order to attract private business?

“…With demand for urban locations higher, cities — as free marketers should be the first to realize — are no longer willing to sell themselves at any price. The Chicago Sun-Times, in the process of condemning the aldermen’s action, hit on just this point: “[They] think the dense Chicago market is too attractive for the retailers to pass up, especially since most suburban areas already are saturated. They’re taking a risk that Wal-Mart and Target are bluffing.” Exactly right. â€¦after all, the new measure does not bar big-box retailers from doing business in the city. It just requires that they provide employees high enough wages and benefits so that the city won’t have to make up the difference through the social services it provides.

“â€¦Big-box retailers also bring burdens along with benefits. Some studies show they may depress wages in related businesses or threaten small, usually family-owned retailers. In many cities â€¦ it is the growing immigrant neighborhoods, chock-full of such small family-run establishments, that are re-knitting the urban fabric and producing significant amounts of social capital. A law restricting big-box companies from using low wages to support price cuts that might force these important community retailers to close is arguably a tailored response to a reasonable concern.

The idea of cities being self-actualized shouldn’t be a new one. I get frustrated when Northfield seems to roll over and play dead when commercial and (more frequently) residential developers want to plunk their Legoland buildings and ersatz â€œcommunitiesâ€ down in our fair city without regard for what we, the residents, want our community to be.