A plan to improve the planning for the Capital Improvement Plan 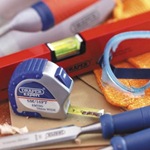 Oh yeah. Figuring out how to pay for the projects is part of the fun, too.

I can’t find any place on the City of Northfield’s web site where it’s all pulled together for us citizens. Will there be? Is the Council working on the 5 or 10-year CIP? Will consultants be hired? Will public input be sought before decisions are made? At all?

This blog post is my feeble attempt to pull enough information together to get the discussion started. A capital idea, no?

I started thinking about the CIP when I saw this in Al Roder’s Feb. 15 weekly memo:

Council Subcommittee on the CIP: The group met again on February 15th to review the Street Reconstruction Plan portion of the CIP. The various street projects were reviewed along with the related studies and programs. The City’s special assessment policy / revisions was also discussed again (had previously been a topic at a recent work session) as special assessments are one component of financing street projects. Examples of the impact of different types / lengths of bond issues on property owners was also distributed at the meeting.

The City has traditionally financed infrastructure improvements (roads and utilities) over a ten-year period and buildings over a twenty-year period. The subcommittee members were asked to provide input on the number and types of properties to use to demonstrate the “impact” of debt on property taxes.

The meeting for February 29th has been canceled due to several members’ scheduling conflicts. The group will meet again on March 14th and will be reviewing the Community Enhancements section of the CIP. Copies of the subcommittee’s packet are included for those officials who did not attend the meeting.

Capital improvement projects included in the 2008 budget are the Streetscape Gateway ($167,000), Bridge Square Irrigation System ($75,000) and a portion of the Water Street Parking / River Edge Improvements ($400,000). The total obligation of this fund for the Water Street Parking / River Edge Improvements project is $1,379,960. There is not sufficient cash on hand to finance the entire project, so a majority of the project will be financed through the sale of g.o. improvement bonds (with the Master Development District then paying its share). The bonds will be issued to finance this project and the 5th Street Infrastructure project.

City councilors also OK’d a 2008-2012 Capital Improvement Plan Monday that city Finance Director Kathleen McBride calls a work in progress. McBride has been working with the council to formulate a more realistic CIP – one that prioritizes projects and lists financing options. Last month she said it would take several more months and much work by councilors to finalize the plan. The council met Nov. 26 to begin prioritizing city projects. Future work sessions on the CIP haven’t yet been announced.

On its first pass at the plethora of projects Northfield needs – and wants – the mayor and council gave city facilities top priority. Those projects include city hall, the safety center and public library. Also getting the nod from the council were a new transit hub and Mill Towns Trail head, a new skatepark and a third business park currently being studied by the Economic Development Authority.