A Union Pacific train derailed just north of the city of Northfield early Monday morning near Highway 3. . . . About 25 gallons of sulfuric acid leaked out of one car, but by 4 a.m. officials said that was contained. Two other cars are also carrying sulfuric acid. There have not yet been evacuations.

We’ve been unable to reach Union Pacific for comment.

Authorities say a derailment of 26 cars on a Union Pacific freight train near Northfield has caused a leak of sulfuric acid.

Davis says no injuries were reported from the derailment and no evacuations had been ordered as of 6 a.m.

Has anyone seen anything? Anyone know details?

Update – 8:35a Having nothing else to do this morning, I drove up Hwy. 3 to see what I could see. The derailment appeared to be just north of the Greenvale Ave. overpass, right about where the “City of Northfield” sign is, south of the DQ. 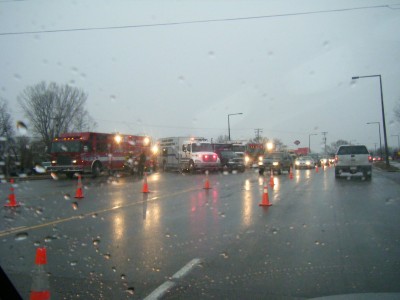 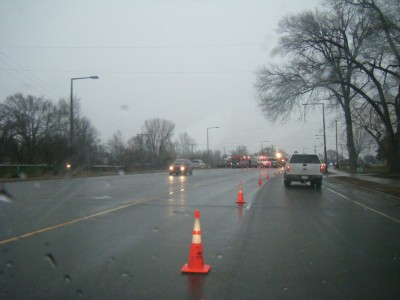 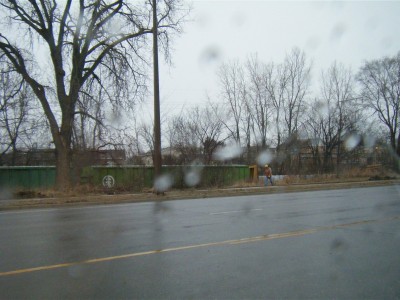 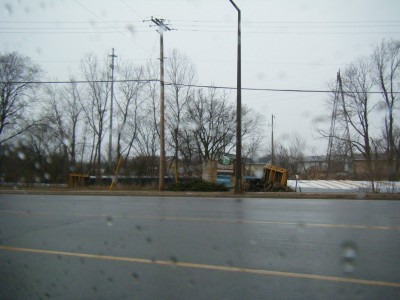 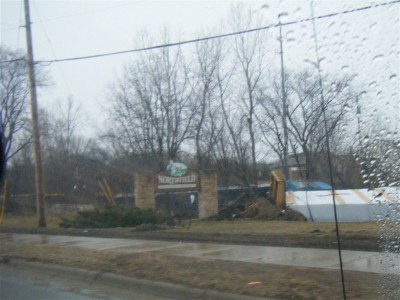