Skip to content
Home > LoGroNo > ~Uncategorized > Out of Print but Plenty of Comments
Published April 3, 2008 by Ross Currier

Out of Print but Plenty of Comments 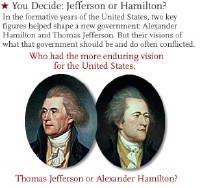 There’s been some buzzing in Basecamp, and at least a couple of comments on Locally Grown, about an article in the March 31st issue of The New Yorker. It’s titled “Out of Print” and was written by Eric Alterman. I drew the short straw and agreed to write a post about it. To oversimplify, it’s about the adverse impacts on newspapers resulting from the expansion of the web.

It’s a now familiar litany of problems: loss of advertisers, readers, market value, and, according to the author, “in some cases, their sense of mission”. The industry has reacted with budget cuts, bureau closings, buyouts, layoffs, and reductions in page size and column inches. The late columnist Molly Ivins complained that it’s a response that makes “our product smaller and less helpful and less interesting”.

Of more interest to me was the decline of the public’s trust of newspapers. A recent study by Sacred Heart University found that fewer than twenty percent of Americans said that they could believe “all or most” media reporting. Newspapers faired even more poorly in the public’s evaluation of their objectivity. Nearly nine in ten Americans, according to the Sacred Heart study, say the media consciously seeks to influence public policies.

The article goes on to study the apparently emerging model. It uses a website called the Huffington Post as an example. This site aggregates political news (and, based on my own observation, celebrity scandals), as well as organizes a group of (unpaid) bloggers. The site advocates that news is not something handed down from above but is a shared enterprise between its producers and its consumers.

The site is definitely popular. According to the article, in the last thirty days the site’s “unique visitors” jumped to more than eleven million. The bloggers’ posts often inspire a thousand comments. The author also states, “occasionally, these comments present original perspectives and arguments, but many resemble the graffiti on a bathroom wall”.

Newspapers have their strengths to be sure. There are at least a half dozen of papers in the country that spend millions of dollars researching stories from around the world. The author cites the front page of the February 11th New York Times which included a report from Nairobi, a dispatch from Doha, and a story about the existence of a study by the RAND Corporation “which offered a harsh critique of the Bush Administration’s performance in Iraq”. His point is that this quality of information is not currently generated, or financed, by websites. He argues, and I agree, that there is significant social and political value to this product and/or service.

He believes that the tensions between the mainstream media and the web-based challengers were foreshadowed by a great debate that began in the 1920s, between uberjournalist Walter Lippmann and iconoclast philosopher John Dewey. Lippmann suggested that democracy’s need for an informed electorate was unrealistic in an age of such complexity. He argued for essentially a tripartite of leaders from the public sector, the private sector and the press that would be more effective than citizens’ opinions in judging government’s actions. Dewey mistrusted this knowledge-based elite. He viewed the process of citizen discussion, deliberation, and debate to be as valuable as the resulting decisions for th strength and vitality of a democracy.

In fact, the author suggests, this elite came to be. First, it was the unintentional development of a “liberal bias” supporting some of the political and social initiatives coming out of the sixties. Then in was the thoughtful “counter-establishment” movement that brought conservatives to power in Washington. Although the perspectives changed, the “insider status” was continuously celebrated by the members of the media.

Then there was the “run-up to the Iraq War”, the Dan Rather Affair, and the Albert Gonzalez Scandal. The emerging media revealed that the mainstream media was, in the author’s words, “blinkered by their emotional investment in their Lippmann-like status as insiders”. Citizen journalists began taking on the responsibility for questioning the authorities, whether they were government bureaucrats, media mainstays, or elected officials, going well beyond the letter to the editor option offered by the elite.

The Huffington Post is not going to replace the New York Times and the Wall Street Journal for my information dietary needs. My quick trip through the site made me think that perhaps citizen journalism is taking on some characteristics of People magazine. As for this participant in a democracy, I believe that I need both the quality of information offered by the elite newspapers and the questioning of authorities championed by the citizen journalists.

Who knows if we’ll all get the particular mix that meets our individual needs. Perhaps we’re just experiencing the curse, or opportunity, of living in exciting times.