Roder’s a finalist for city admin job in Norfolk, Nebraska

The Nlfd News posted this at noon today: Roder a finalist for Nebraska job.

Roder, who acknowledged the appointment this morning, said he applied for the position for a number of reasons. The most important, he said, is his family. The assignment, Roder said, “would be a terrific move for my family, and the community is closely aligned with my values.” 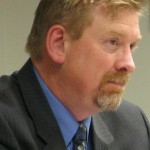