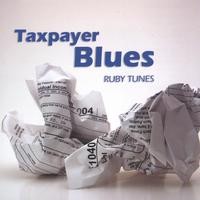 If you’ve had enough of American Folk Music, maybe you’d like some more contemporary blues. I haven’t heard the CD pictured at left, but I’ll admit I’m interested.

Of course, I don’t mean to imply that there is any relationship between the aforementioned theme and the coming subject of this post.

I read Jane McWilliams’ (yes, I admitted that she’s my friend in a previous post) post on NorthfieldDotOrg about the City’s Capital Improvement Plan. It’s a five-year plan for spending on such things as City Hall, the Safety Center, and the Public Library. I don’t know for sure, but it may also consider a new Liquor Store, a new Hockey Arena, and a new Trail System.

Perhaps the most important part of Jane’s post is the mention of the a Public Hearing on the topic. It’s at the Council Meeting, Monday, June 2nd, 7:00 pm, in Council Chambers, at City Hall, 801 Washington Street.

I won’t be able to attend as I have a prior commitment. However, here are the questions that come to my mind on the subject:

– Has there been any prioritization of the proposed projects by The Council?

– Is there a spreadsheet showing the relationship between the CIP financing and the City’s overall debt capacity?

– Does this spreadsheet also show the relationship between the costs of debt service and municipal operations?

– Do the citizens have any opportunity to influence the prioritizations of projects?

– What is the schedule for this CIP process after the Public Hearing?

I look forward to coverage of the Public Hearing on NorthfieldDotOrg, the Northfield News, and the League of Women Voters. Maybe Griff will take some pictures.