Skip to content
Home > LoGroNo > ~Uncategorized > How would you shop for a shoulder MRI?
Published June 21, 2008 by Griff Wigley

How would you shop for a shoulder MRI? 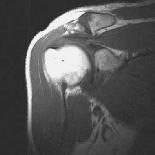 Now that Robbie and I have switched our Blue Cross Blue Shield health insurance policy to a High Deductible Health Plan (HDHP) & Health Savings Accounts (HSA) called Options Blue, it’s in my interest to start thinking like an informed consumer.

I hurt my shoulder (landed on it while snowboarding a few months ago) and all the usual remedies have not worked. Next step, sayeth Dr. Bob Shepley, is a shoulder MRI.

It seems to me that a shoulder MRI is a commodity, like getting a throat culture. Price and convenience are primary factors.

I started shopping earlier this week, but rather than describing what I’ve been learning ahead of time, I thought I’d post it for discussion first.

As a Northfielder, how would you shop for a MRI?