Skip to content
Home > Environment > The Danes are At It Again
Published July 29, 2008 by Ross Currier

The Danes are At It Again 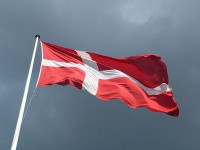 Back in April of last year, I blogged about the Danes and their efforts to achieve energy independence. The efforts of these people in this area have come to my attention once again.

In the July 7 & 14 New Yorker, there is an article by Elizabeth Kolbert titled “The Island in the Wind”. The article’s subtitle, “A Danish community’s victory over carbon emissions”, summarizes it effectively.

The island in the title is Samso, the “o” of which I can’t reproduce on my computer. It is the size of Nantucket, which is probably meaningless to most Minnesotans, but which is around 50 square miles. There are twenty-two villages on the island and many of the inhabitants have traditionally grown potatoes, wheat or strawberries.

What makes the island of interest to me, however, is their rapidly dropping use of fossil fuel and production of carbon dioxide. In about ten years, the island went from importing oil brought by tankers and electricity generated by burning coal to cutting their use of fossel fuel in half and exporting electricity produced from renewable sources.

What brought about the dramatic changes was surprising to me. Basically the island decided to enter a national contest for energy saving. Slowly but steadily, through small community gatherings that often included food and beer, more and more of the island’s residents joined the effort. Nobody was compelled to do anything; it was all voluntary. Different people had different motivations and took different steps but everybody seemed to join the effort to become the “renewable energy island”.

I enjoyed the article. If you’re interested in the topic, I would recommend it. More importantly, I note that Northfield has two windmills and I ask,

“How are we coming on the third?”