Ideas and Implementations in Economic Development 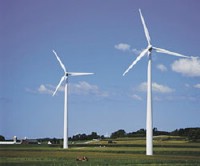 In the never-ending and always growing area of my life known as the “to-read list”, I recently worked through another item. It was a special section on economic development in the July 28th, Wall Street Journal.

The article looked at seven cities around the world showing visible signs of economic vigor. Lessons were drawn for those who might be interested in the subject.

Colorado Springs, Colorado followed a familiar paradigm. The public and private sector worked together to keep a major employer in town. In this case, they agreed to build two new downtown headquarters and upgrade a nearby training facility to win a fifteen-year lease from the United States Olympic Committee.

Rural Kentucky blazed a path toward a new paradigm. ConnectKentucky, a large non-profit, worked to expand the the availability and affordability of broadband internet connections in the state’s rural areas. In another private-public partnership, internet access increased from 60% to 95% in a drive to spur economic development.

Omaha, Nebraska in some ways reversed the demographic trends of the last fifty years. The community “swallowed suburbs” and invested hundreds of millions of dollars in arts and entertainment. The article noted that “lots of other cities have tried similar strategies, but Omaha had a singular advantage: strong civic leadership”. Omaha also has many Warren Buffet-made millionaires, a reputation for wholesome Midwest values and top-notch schools, and follows a strict annexation policy: tax revenue from any annexed district must exceed its debt service.

Wismar, Germany focused its economic investment on addressing transportation issues. The territory in the former East Germany was relatively unconnected to the rest of the country by road. Germany’s investment in a new autobahn opened up markets for existing businesses. Economic-development experts credit the highway for doing much of the “heavy lifting”.

Kobe, Japan shifted economic focus after a devastating earthquake. Instead of concentrating on rebuilding the shipping industry, public and private leaders decided to create Japan’s premier bio-medical center. Interestingly enough, they traveled to the Mayo Clinic to get ideas.

El Paso, Texas, is pursuing the old fashioned route. Private investors are putting their own money at risk. They first hired a consulting firm to create a downtown redevelopment plan, which envision different zones for entertainment, history, housing and shopping. The City Council voted to form a downtown tax-reinvestment district where increased tax revenues would help finance new streets and sidewalks. It appears to me that the jury is still out on this example.

Kalamazoo, Michigan has pursued perhaps the most non-traditional approach. They’re investing in their school children. Through a program called The Kalamazoo Promise, the community is providing from partial to full college tuition to all graduating seniors. Corporate executives credit the program for attracting 150 jobs from Kaiser Aluminum, 400 jobs from MPI Research, 160 jobs from Fabri-Kal, 25 jobs from W. Soule & Co., 12 jobs from Tourney Consulting Group, and 50 jobs from Polymer Solutions Inc. As a Kaiser Vice President said, “we are building a sophisticated facility with new technology, and we want well-educated people who will work with us and want to live in Kalamazoo”.

Northfield will soon hire it’s third Economic Development staff person in the past two years, the fourth if you count the interim work done by Brian O’Connell between Deanna Kuennan and Charlene Coulombe-Fiore. A Comprehensive Economic Development Plan has been in place during that period, and the EDA has moved steadily forward on one, rather substantial, piece of it: annexation.

There has been some continuity of leadership, both on the EDA and other economic development groups within the city. Ideally, there is some clear, stated and transparent agreement among our community’s leaders on the five plus or minus two top priorities for economic development, including the necessary capital investment, as well as the required political support and social capital behind those leaders and their priorities, for the new permanent staff person to implement.

Perhaps Northfield can be one of the Wall Street Journal’s “Success Stories” for 2009.