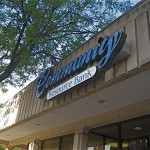 A major corner property on Bridge Square in downtown Northfield will soon be back on the market and at least one developer is already showing some interest in buying.

“I think it’s a great opportunity,” Brett Reese, CEO of Northfield Automation and real estate developer, said on Tuesday. “Given the location, and what it means for Northfield, I do have an interest as a potential developer.”

The property has been appraised at $1.1 million, but a First National Bank representative said it could sell for less than that.

According to a notice published on Saturday in the Northfield News, Mathern owed $1,018,987 at the time of foreclosure. The original amount of the mortgage was $960,000, the notice read. The sale is scheduled for Oct. 21. 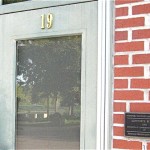 Mathern had once intended to raze the structures to make way for a mixed-use, four story building. He planned to fill his new Bridge Square buildings with small living units, retail and office space.

In September 2005, Mathern told a Northfield News reporter of his plans, “It’s really a show piece at that corner, but we knew it had to be. It only had one direction to go.”

Reese said he had also at one time considered buying the property to renovate it into a multi-use building. The Northfield native said he is seeing the recent slump in the housing market “bleeding into the commercial side.”

“It’s a tough market out there and it’s much harder to finance projects,” Reese said. “People are more cautious. I was talking to a contractor who said he used to build eight or 10 homes a year. This year, he just built one.”

Victor Summa, a member of the Economic Development Authority, said he was surprised at the news of the foreclosure. At the same time, he had believed the project may have been ambitious.

Ross Currier, former planning commissioner and current executive director of the Northfield Downtown Development Corporation said others shared that view as well, but Currier was hopeful a developer would still see the property’s lowered price as an opportunity.

“Perhaps at a lower sales price and with a lower-cost development plan, something could move forward quickly,” Currier said.

A spokesperson from Community Resource Bank said customers would not notice any change as a result of the building foreclosure. The bank has additional offices in Northfield, Cannon Falls and Roseville.

Update 10/7 I spoke with Mr. Mathern since posting this story and I want to be more specific about the information in the second to last paragraph of the story. Mr. Mathern owns a number of properties in the city and he would not divulge every detail about all his present and past investments. However, he does own The Crossing and the adjacent 8 units of commercial space. Businesses occupy four of those units and four units are vacant. Mr. Mathern once owned the “Q-block” commercial buildings across the street, but has since sold that property.

Also, Mr. Mathern said his plans to build a structure at the Community Resource Bank site would have attempted to preserve the front, concrete part of the existing building because of its historical value.

Mathern also clarified the term “foreclosure” in this circumstance by saying, “I gave the First National Bank a deed and it became their building in July. In addition to the deed, I also agreed to a voluntary foreclosure that allowed the bank to gain full legal control in two months. By cooperating with the bank, it avoided costly legal expenses for both parties and, as there was no immediate plan that could save the building from foreclosure, it was wise to do it voluntarily.”