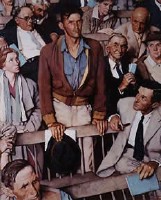 Apparently some citizens of Edina have felt that they’ve been limited by the city council’s rules on topics for public comment. The town hall meetings will be open forums for citizen comments.

Other cities have held town hall meetings and have had a variety of experiences with them. In some communities, there seems to be little interest in speaking up, while in other towns, the citizens seem to welcome the loosely structured opportunity to request a stop sign or question budget priorities.

I wonder if it’s a concept that Northfield should consider. Some citizens feel that there isn’t enough citizen input into city government, while others believe that there’s too much input from citizens. The city councilors seem to have mixed reactions to public input.

Edina is considering twice yearly town meetings. Northfield would probably need them at least quarterly. Perhaps if the city council met four times a month, twice for regular meetings, once for a work session and once for a town hall meeting, all of the meetings could be much shorter in length.

Would it be worthwhile for Northfield to experiment with town hall meetings?