The Arts: Quality of Life, Good Investment or Waste of Time? 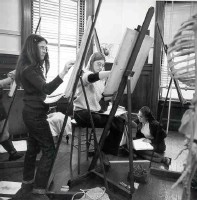 In today’s Star Tribune, Minnetonka’s City Manager John Gunyou has an opinion piece titled “The case for the arts in Legacy Admendment“. Gunyou advocates for the arts in the Legacy Amendment.

According to the Minnesota Independent:

If approved the Clean Water, Land and Legacy Amendment will implement a 0.375-percent sales tax increase beginning July 1, 2009. More than $300 million is expected to be generated over the tax’s 25-year lifespan. A third of the monies raised will be deposited in an outdoor heritage fund and will be spent only to protect and restore wetland, prairie and forest habitat. Another third will go to a clean water fund to protect drinking water, groundwater and the state’s many lakes, rivers and streams. Twenty percent of the remaining receipts will go toward arts and heritage preservation, with the remainder directed to parks and trails.

Gunyou agrees with most of the arguments against the constitutional amendment for public funding of the arts. However, he still hopes it passes.

Most of his argument for supporting the amendment are based on an economic analysis. Nationally, non-profit arts and cultural activities generate $166 billion annually and support 5.7 million full-time jobs. As Gunyou points out, these jobs cannot be shipped overseas.

In Minnesota, the arts and culture contribute over $1 billion annually to our economy. The 20,000 individual artists in our state spend about $250 million with local merchants and businesses.

Although I have a personal tendency to “run the numbers” before I make a decision, and in these times of declining revenues and rising taxes such a process seems more important than ever, I understand those who suggest that measuring the arts only in dollars misses the point. Gunyou touches on the bigger picture when he notes the schools’ cutbacks in arts and music programs and that our history is largely passed on through our arts.

For me, it’s about perceiving, analyzing, communicating about, and implementing actions relating to our world. I think that you need people with as many skills as possible, including math, writing, drawing, and pattern recognition, to be truly effective.

We make public investments in roads, buildings, schools, and businesses, hoping to “prime the pump” for future benefits. Are the arts and culture any different?