Northfield administrators are offering more money to Greenvale township in an annexation deal than originally offered in August, but still less than what Greenvale supervisors asked for.
Joel Walinski, interim city administrator, and Brian O’Connell, community development director, represented the city in a meeting on Tuesday night in Greenvale’s new township hall on Guam Avenue. O’Connell said the city originally offered to pay Greenvale an amount equivalent to the property tax revenue on the land in question for a period of two years, about $7,700* according to documents filed in city hall.
“We’re willing to go more time,” O’Connell told the three township supervisors. “State law says we can go from two to eight years.” 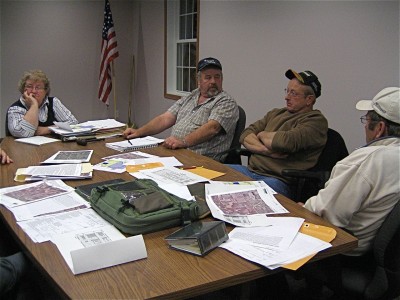 Northfield’s City Council wants to annex 530 acres of the township’s farmland into Northfield and then market the land to industrial developers. State law requires cities to pay townships an amount of money for a period of time to make up for the property tax revenue a township loses when it hands over land to a city.

Despite the counter-offer, the Greenvale supervisors agreed that it was still not enough, but they did not say so until after Walinski and O’Connell left the meeting.
“I think we ought to get some kind of bonus once something is built there,” Supervisor Richard Moore, said in front of an audience of about a dozen people.

Greenvale earlier asked Northfield for $265,000 with payments to be made as land was developed.
At one point during negotiations, Moore told O’Connell he had heard Taylor Trucking company had shown interest in developing a piece of the property, owned by John Fink, that is furthest away from the city’s existing utility lines.
O’Connell said he had heard that as well but that Northfield residents would not consider extending services that far out for just one smaller-scale project.
Once city administrators left the room, a Greenvale resident sitting in the audience said he did not believe O’Connell’s response.
“If they had someone ready to build, they’d do that in a heartbeat. And, if they say they wouldn’t, they’re full of you-know-what,” he said.

*Note: Originally, I believed the amount would equal about $13,000. That’s because Richard Moore estimated the township collected $12.50 per acre. I multiplied that amount for 530 acres, then doubled that figure. However, Brian O’Connell said that calculation was off and gave me the correct one.