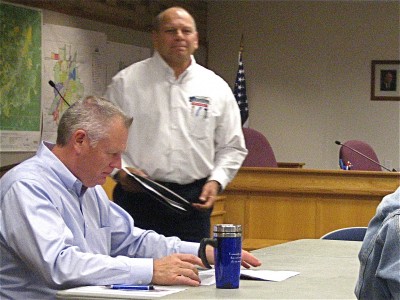 Streitz, former mayor of Dundas, said he would plan on returning to the EDA in the future to ask what the board can do to help finance the endeavor, possibly through a Master Development Fund loan.*

Buying the land and building the school would cost about $1.9 million, he said. The school would eventually employ 20 people and enroll about 134 students. He told the EDA he hoped to break ground between January and March and operate the school at “half-capacity” at first. 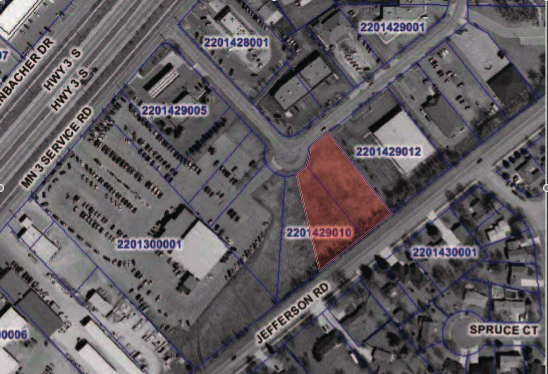 Streitz also owns Streitz Heating and Cooling Inc. in Dundas.The Pennsylvania-based Goddard Systems Inc. is a franchise company and Streitz said some people compare the institutions with Montessori-method schools. Part of the Goddard School philosophy is to offer “a wide range of enriching activities to meet the needs of each child,” and to build “each child’s emotional, social, cognitive and physical skills,” according to their Web site. Interested franchise owners need at least $150,000 cash to start, according to Goddard policy.

Streitz plans to build his 8,000-square-foot school for children aged six weeks to six years old, with after-school programming for children as old as 12. There are more than 280 Goddard schools in the nation with four in Minnesota. The nearest Goddard School is in Apple Valley. Each school can vary in its age range and tuition. But, for purposes of example, Apple Valley charges parents $970 a month to educate a pre-schooler.

During Thursday’s meeting, the members of the authority and city staff asked Streitz questions about the proposed project. The discussion led Streitz to explain why he chose to build the school in Northfield, which has three public elementary schools, one private school and one charter.

Streitz said the Goddard Systems corporation performed a demographic study and approved Northfield as an acceptable location, even though it was “on the line” because of a relatively low number of residents “of child-bearing age,” he said. The study indicated there are enough people in the community, however, who could afford to pay the private school’s relatively high tuition. Streitz said there has not been a Goddard school yet that has failed.

“This is a premium product,” Streitz said.

*Update 10/27 9:30 a.m.: City Councilor Scott Davis clarified Mr. Streitz intentions to revisit the EDA to talk about financing: “He (Streitz) also expressed an interest in using the EDA’s Master Development Fund loan program for $15,000,” Davis said, in a post listed below this story. “As part of our toolbox, the ability to make that loan forgivable, as we have for a number of other businesses, was brought up. The forgivable part comes with strings attached: The recipient must meet whatever criteria the EDA deems appropriate to justify the investment (certain employment levels is one example). Since this was an informational meeting, no specifics were discussed and no decisions on what Mr. Streitz will request or what the EDA will support.”

Update 10/31 2:30 p.m.: Earlier this week, I spoke with Mr. Streitz more about his project and with Jody Gunderson, Northfield economic development director, who told me more about the Master Development Fund loan.

Mr. Streitz said his college degree is in education and he spent a significant amount of his career as a teacher of industrial technology at the high school and college level. He said Goddard School franchises are set up in a way that restricts owners from owning more than one school. So, he said, that is at least one reason why he would hope the community would see the school as locally owned and operated, instead of as part of a large out-of-state corporation.

Gunderson gave examples of current Master Development Fund loans, which can be low-interest or “forgivable,” he said. Forgivable means if a businessowner meets certain criteria over a period of time, the businessowner no longer has to repay the money. The criteria are in place to ensure the business is contributing to the local economy in a positive and significant way, he said. The loans are small enough to constitute as “gap” financing, Gunderson said.

There are existing city-related costs of about $15,500 Streitz would have to pay if he bought the land in question for his school, Streitz said. That is why he would ask for that amount of money in the form of a forgivable loan, if his project moves forward.

*Update 11/3 8 a.m.: Thank you to Joel Walinski, interim city administrator, for the following correction. As a new person to the city, I heard the word “Perkins” when I was speaking with Mr. Gunderson and automatically assumed the only business with that name was the restaurant. I will try and be more careful in the future!

A correction to the added lines on Ms. Obremski’s article. The $75650 forgivable loan was to Perkins Transportation on Riverside Drive. The loan was forgivable based on the improvements to the existing warehouse and creation of jobs. I am very glad Perkins is in town, they are a world class business that works on transporting oversized equipment. Thanks for moving to Northfield!