Major Turnout for Citizen Meeting at the Northfield Armory

The City had planned for about 125 people at tonight’s public meeting, “Put Your Fingerprints on Northfield’s Blueprints.” We ended up with about double that amount, which was a great problem to have. I wanted to post a few photos tonight without waiting to do a full writeup. Unfortunately, I had a setting wrong on my camera and didn’t know it till I got home; most of my photos were blurry. But at least you can see how we filled the place. 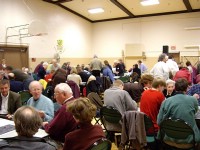 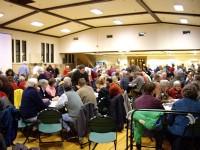 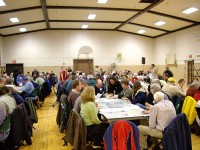 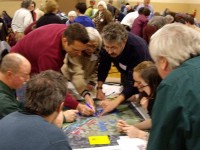 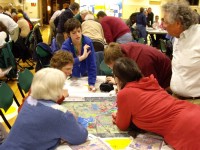 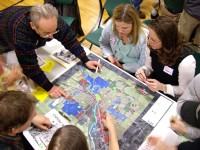 Special thanks must go to our Community Outreach Task Force, who were able to get the word out and mobilize so many people from so many walks of life. It wasn’t just “the usual suspects”.