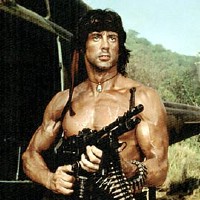 I guess I was too busy helping to set up additional tables and chairs and worrying about how staff was coming with getting extra copies of the materials to the 240+ people (about twice the number expected) who showed up to the Public Forum on the Comprehensive Plan revision process. At least according the Northfield News, I missed all the excitement of this “turbulent meeting”.

Apparently, a citizen “who appeared to be instigating trouble” challenged the the consultant, who responded by becoming “more and more abrupt and irritable”. I must have been checking with the people at my table to see if we had all of the maps and forms that had been distributed at the door because, although I followed the comments from the audience and the responses from the consultant, I didn’t realize that the meeting “nearly came undone”. Near anarchy, and I missed it!

A reporter from the News did call me about the event. Although, at her repeated prompting, I may have said something about the citizen and the consultant expressing their feelings using a different choice of words, I kept trying to turn the conversation back to the process of public participation that began Tuesday and will continue through the Summer and into Autumn. Judging from the article, she seemed to think that part of the story was way too boring.

I would have to say that Saturday afternoon found me somewhat disappointed with the coverage of the event in the paper. However, then I went to a dinner party. The three other couples there met me with “Wow, we sure missed all the excitement; we’ll have to be sure to attend the next Comprehensive Plan session”.

Well, if the goal is to increase public participation in the process, maybe the News is on to something here.

So, I propose that we rename the Comprehensive Plan revision process “Blood Sport 2021”. Let’s see if we can get Mel Gibson, bringing back his Braveheart act, to play the fearless citizen, seeking clarification from the oppressive demographer, and Sylvester Stallone, revising his Rambo role, to play the determined consultant, fighting against almost overwhelming odds for truth, justice and the purity of data.