Top officials from the Minnesota DNR Parks and Trails Division held a meeting for a group of local elected officials on Friday at Dundas City Hall to bring them up to speed on current and future developments with the Mill Towns Trail.

Local elected officials who were able to attend:

Among the many developments with the trail that the DNR staff shared were these, most relevant to Northfield and Dundas:

I’m particularly intrigued about #2. If you want to know why, ask.  Likewise, if you have questions about what’s happening with the trail in the Faribault and Cannon Falls areas, as staff provided updates on developments with those cities, too.

The City of Northfield currently has no plan to provide a visually significant route for Mill Towns Trail bicyclists to ride through Northfield.  Those are my words. I use the phrase ‘visually significant’ because DNR staff was unequivocal: a bike trail that appears to end as it enters a city is a giant disincentive for bikers. Yes, trail bikers like to stop in towns along the trail to eat and shop and sightsee. But without strong in-town trail visuals, people tend to not return. The trail itself as it goes through town needs to be memorable, not just the town.

A good example is the visual impact of the Root River State Trail as it goes through downtown Lanesboro (screenshots above from the DNR’s cool virtual tour of the trail). Lanesboro is much smaller than Northfield, of course, so it’s not a perfect comparison. But the point is, once you’ve ridden through Lanesboro on the trail, you don’t forget it and you want to go back.

As I blogged back in March, there are other projects and developments here in Northfield that have a bicycle-component: the Northfield Depot; the East Cannon River Trail segment; the TIGER Trail (aka the Northfield Modal integration project); and the Cannon River Corridor recreational concept.

So the time is right for more citizens to get involved as bike advocates.  Stay tuned for an upcoming announcement.  In the meantime, see my three blog posts about the need for Northfield to get its bike act together, including the formation of a regional bike advocacy committee. 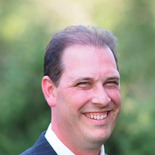 It’s one month till the election and the race for MN House District 20B is between Brian Wermerskirchen and David Bly.

If you’re looking for an online venue to discuss the race with your fellow Northfielders, this is it. 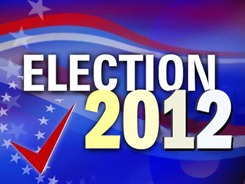 What’s up with these accusations?

One word on David Bly’s campaign signs could lead to the Democrat for District 20B being fined by the state. Bly was elected to serve as representative for District 25B in 2006 and served in that capacity from 2007 to 2010, when he was defeated by Rep. Kelby Woodard. Now the DFLer is campaigning for the newly created District 20B, but is allegedly using the same signs as he did in 2010.

Those signs say “Re-elect David Bly,” and have been placed in lawns across the district for months now, according to a complaint filed Monday with the Minnesota Office of Administrative Hearings. The problem? Bly isn’t the incumbent in the race and state law restricts candidates from using the term “re-elect” in a campaign unless they are the sitting official.

District 20 Republican Senate candidate Mike Dudley will be before a panel of judges on Wednesday defending himself in a case that accuses him of violating state law because of some of his campaign literature.

Thomas A. Rees of New Market Township filed the complaint in August. Rees believes Dudley violated state law when he didn’t include a disclaimer on campaign material stating who paid for the material, according to the complaint filed with the Minnesota Office of Administrative hearings.

See the background page on David Bly and the St. Olaf students involved, both those in the AmCon class and those in Professor Meg Ojala‘s Intermediate Photography class. 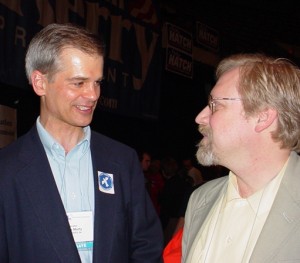 Early this week Sen. John Marty published a piece about the growing
concern about our inability to discern the cost of having private HMOs
manage our public health plans.  It followed the firing of David
Feinwachs, an attorney for the Minnesota Hospital Association.  He was
fired apparently because HMO’s applied pressure to push him out because
he was leading the effort to demand greater transparency.  So we as
taxpayers could better understand how our money was being spent.
…
I am glad there is some work being done on this. I had hoped to hit this
issue hard had I been re-elected. In an effort to address the growing
cost to our health care budget, in 2009 I did some looking into the cost
of having the private plans manage our public plans and invited the
official from Commerce to my office to ask him about his oversight of
the plans. He indicated there was nothing they could do to compel the
HMOs to open their books and didn’t have the man power to do justice to
the task even if they could. He also indicated that Health and Human
Services did not have the expertise to do even the most rudimentary
assessment of where our money was going.  He attempted to reassure me
that the plans do a good job and I shouldn’t worry.  He added that
because the private plans in Minnesota were non-profit that should allay
my concerns.  I asked him if he had evidence that showed that because
we had non-profit private plans in Minnesota we could be sure that the
cost of health care in Minnesota was far less than in other states.  But
he admitted he had none and did not believe evidence existed that would
show that.

In the 2010 election, corporations, big business spoke loudly with support from the Supreme Court’s decision in January. Representative David Bly evidently was targeted by a lot of nasty mailings.

But one Democrat who felt the sting of the corporate lash was David Bly, a state representative from the cow-and-college precincts of Northfield who was seeking a third term… The corporate-funded attack ads that flooded his district even slimed him as a crook that would steal cash right out of the hands of the elderly… "It’s outrageous," says Bly. "It was cleverly crafted — it didn’t outright accuse me of being a crook. It only implied it. But I was trying to make the case for why I should be reelected, and I was drowned out by accusations against me that were totally untrue. I had no way I could counter them. My name was dragged through the mud."

I hate those nasty attack ads as much as the next guy.  But it wasn’t too long ago (2004?) that Ray Cox was the target of attack ad mailings that falsely distorted his record as a school board member in his race against David Bly. In 2010, if the backers of Democrats had judged Bly’s 25B seat to be at risk, I think it’s safe to say that similar slime ball attack ads would have targeted Bly’s opponent, Kelby Woodard.

Regardless of the outcome between Bly and Woodard, we’ll have a business-friendly Minnesota legislature come January. I’m eager to see what they can do. Editorial writer Lori Sturdevant in today’s Strib: Well, that worked out pretty well for business

But if the business money that elected Republicans is accompanied by business savvy to truly remake public services into more efficient and effective operations, "reform" and "redesign" will become cues for applause. And Republicans will be more likely to occupy the Capitol’s majority office suites for years to come.

For another perspective on the Supreme Court decision, see Vance Opperman’s opinion piece in the March issue of Twin Cities Business, When Corporations Speak.

The Supreme Court’s opinion in Citizens United v. Federal Election Commission held that the free speech protection of the United States Constitution extends to all speakers, regardless of whether they are individuals or corporations. Companies, labor unions, and all other types of entities are free to spend whatever they want to at any time for election communications, as long as they are independent of political parties or candidates.

… The best antidote in a democracy for speech you do not like is more speech. Corporations are not monolithic. Large pharmaceutical companies, some large insurers, and some doctors associations support the current administration’s health care reform. Other corporations do not. There are corporations variously supporting windmills, solar power, natural gas, coal, and petroleum as energy resources—all attempting to persuade our democracy to join them in their divergent positions on energy. Entities such as the National Right to Life Committee and Planned Parenthood share the corporate form, but little else.

With the political season winding up, we’ve added 3 more local candidate blogs to our lower right sidebar aggregator: Mark Murphy, and Al DeKruif.  Other candidates there include incumbents Kevin Dahle and David Bly.

Let us know if there are others to add.

On MPR yesterday: Minn. House DFLers release education proposal: “The plan is the latest in a series of dueling education proposals at the Capitol that are playing out as a kind of ‘Three Bears’ scenario. The Senate education bill cuts funding for schools, the governor’s proposal increases funding and the House version keeps funding flat. “

It’s not clear yet where our Northfield-area legislators stand on these education proposals, as neither David Bly nor Kevin Dahle has blogged anything specific about them. (continued)

END_OF_DOCUMENT_TOKEN_TO_BE_REPLACED

Our legislators, Sen. Kevin Dahle and Rep. David Bly, signed a Sesqui banner (I missed the deed) which will evidently be placed in the time capsule, to be opened in 50 years for the State’s bicentennial. END_OF_DOCUMENT_TOKEN_TO_BE_REPLACED